Trying to find a breakfast that is safe for more than one allergy is quite a challenge! And if you do find something suitable, more often than not, it is far more expensive than the ‘normal’ version. 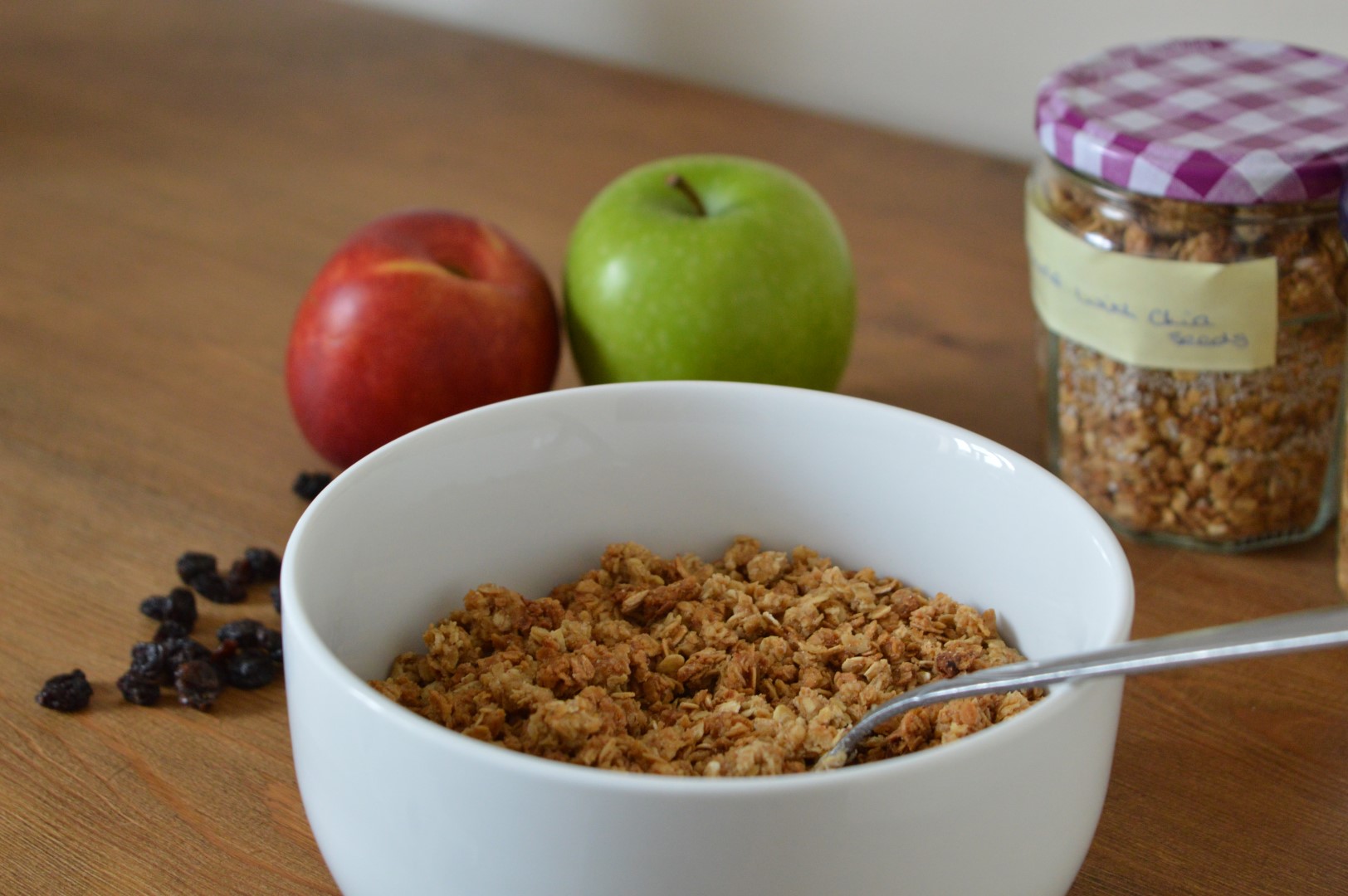 As you all know, I like to take on a challenge and love to create safe ‘freefrom’ alternatives! I recently posted Callum's favourite porridge recipe. It tastes great, but you can't eat that every day, and need a good alternative!

Take granola as an example.

Granola usually costs a fortune to buy, and more often than not, contains at least one ingredient which isn’t allergy safe!

Well, here’s where I make your day!

No, scrap that, it’s ridiculously easy to make. So much so, young children could help you. Blindfolded. And it would still work well.

Once you master the base of the recipe, you can literally take it wherever you want to.

We’ve tried it on its own, mixed in raisins, coconut shavings, dried cranberries/ banana slices/ apple chunks, or even fresh fruit such as raspberries, strawberries, blueberries, blackberries, or dairy-free choc chips.

Eat dry as a mid-morning snack.

Give it a go and let us know how you get on, we’re sure it won’t disappoint!

Pre-heat the oven to 170c/310f. Place the oats, sugar and cinnamon in a large bowl, and stir to combine.

In a separate bowl, add the honey, oil and vanilla and stir well. (It should resemble wallpaper paste). Pour over the oats mixture, and stir well until combined.

Spread the mixture into a lightly oiled baking tray/ roasting tray, making sure it is an even and thin layer.

Place in the oven and bake for around 10-15 minutes, before removing, stirring, and then returning to the oven for a further 10 minutes or so until the oats turn a golden colour.

Remove from the oven and leave to cool to room temperature, stirring from time to time. It will take around 30 minutes to cool fully.

At this point you can either leave it as it is, or add raisins/ fruit/ coconut flakes etc if using, making sure to stir well so everything is combined.

Make sure you store it in an air tight container, and will keep for up to 2 weeks. 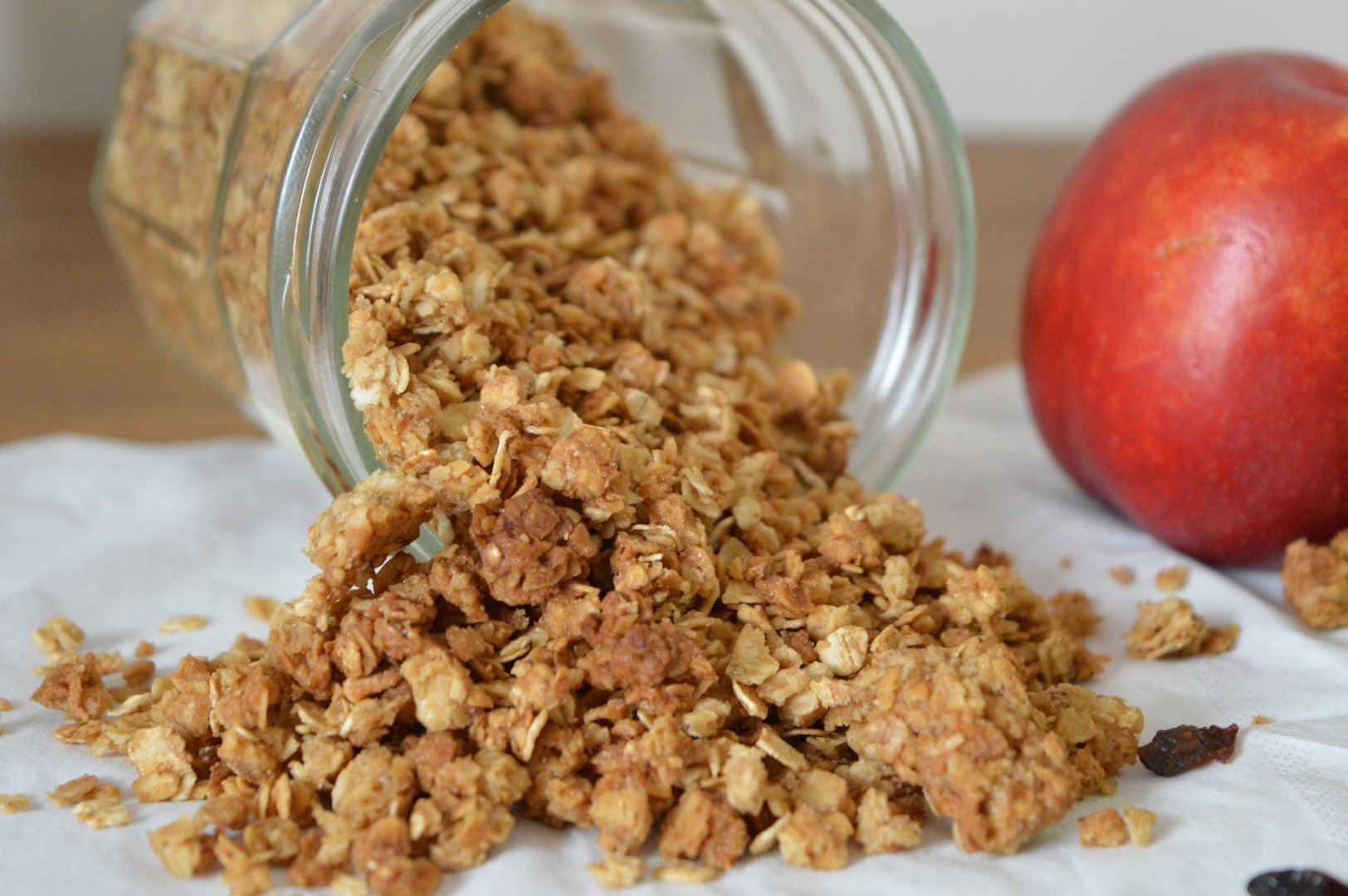