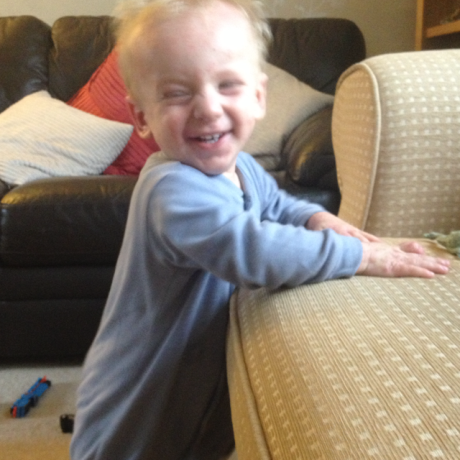 Now admittedly, Callum was having a bad eczema day, so his skin wasn't brilliant. However, it doesn't excuse what happened next! Callum had been playing with 2 other children, merrily tooting their cars, trucks and tractors round a toy garage and car mat. Suddenly, 1 of the children gets hoicked up so fast by its mother it doesn't know what's happening and gets upset. As I turn around in surprise I hear the words:

'come on (name) we don't want you playing here, you'll catch something!'

I was so shocked, as was Callum by the brutal reaction that the mother had, that I was stunned into silence. I should have come back with a quick or smart response, but it just took me so completely by surprise that I couldn't say anything!

My gorgeous boy, who suffers beyond belief, was suddenly being treated like a leper. I know that many people don't truly understand eczema and everything associated with it, but to react in such an extreme way....!

Mortified is an understatement, and I am ashamed to say that instead of holding my head high and being strong enough to bat it off, I had little strength in me to do much more than pack our things up and quietly walk out and head home. If I could go do it again, I would have educated the mother on what eczema really is, and how it constantly affects every single thing that Callum does on a day to day basis. But most importantly, it's not his fault he is the way he is, and looks the way he does, so chucking about casual, hurtful comments about him is not the way to react when seeing him. I really worry about what Callum will have to deal with when he is old enough to go to school, and we're not there to protect and shield him from such unfairness and thoughtlessness!

It took a long time for me to have the confidence to take Callum back to a toddler group, and even then, we only ever attend one where all the mums and children know Callum and his condition well!