When we were asked if we wanted to take part in the Holland & Barratt bake off challenge, we didn’t hesitate to say yes! 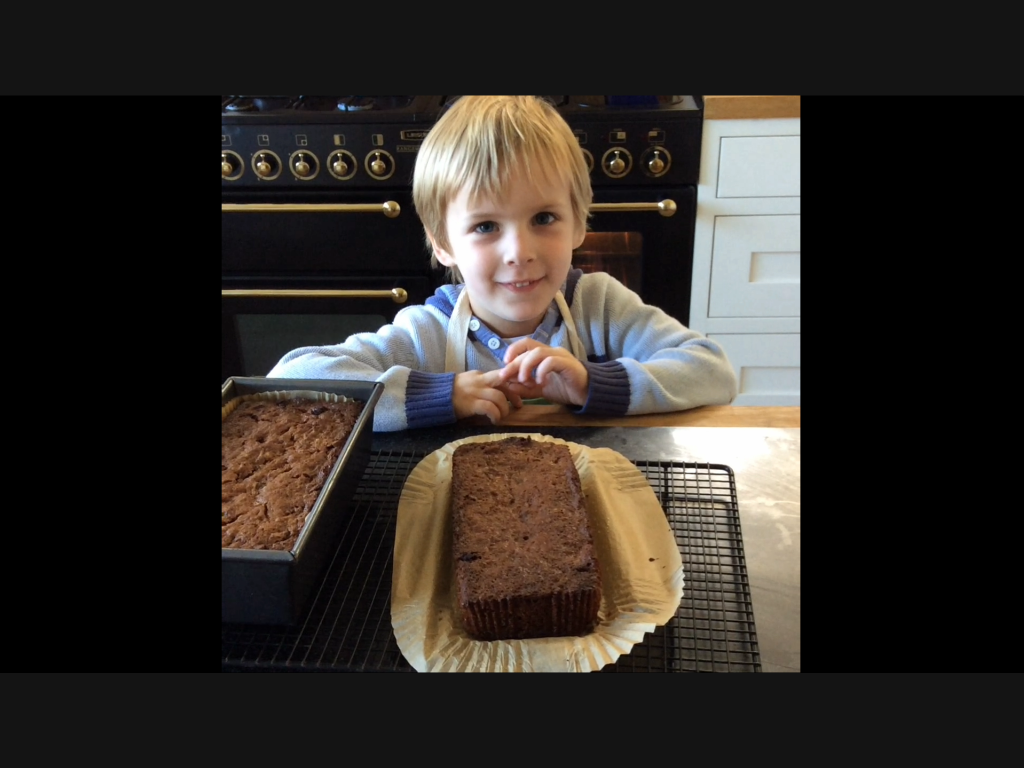 Many of the people who took part created beautiful bakes, and showcased them with some stunning photography.

We decided to do things a little bit differently here.

Callum was the best way of depicting that message.

It doesn’t matter that you have allergies!

We thought you might want to create his delicious cake too, so here are the details.

In a separate bowl, add the oil, milk and molasses and stir well (splashing not necessary, but will induce giggling fits!)

Pour the wet mix into the dry ingredients and stir until just combined.

Add the raisins and carrot and stir again until combined.

Pour into the prepared tins and place in the oven to bake for around 45-50 minutes, or until springy to touch and the edges have come away slightly from the edges.

Carefully remove from the oven and leave to cool before slicing and eating.