Looking for new and fun things to do with the children this summer? This Air Hogs Sonic Rocket is just what you’re after! 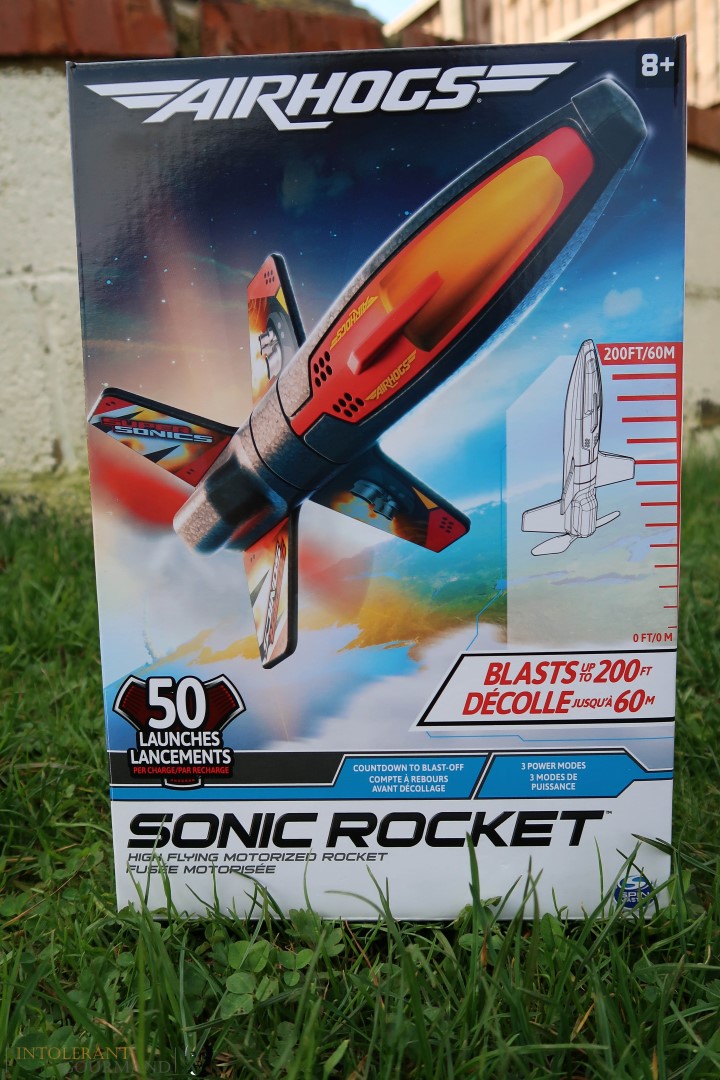 A few weeks ago, we got sent the brand new Air Hogs Sonic Rocket to try out, much to Callum’s delight, and it’s been used non-stop since we got it!

I’m sure most people will have heard of the iconic Air Hogs. They’ve been pushing the boundaries of free flying and air-powered drones, airplanes, rockets, helicopters and more for more than 2 decades now and at least one of their products will be found in most homes.

This new Air Hogs Sonic Rocket takes their vision and capabilities to new heights, quite literally! It can be launched up to 200ft in the air (yes really!), and when Callum tested this out for the first time, he couldn’t believe his eyes! And the giggles and exclamations of awe were just adorable!

Launched in the UK in early April, and retailing at £19.99, it’s the new must have for dare devil children and those seeking high energy excitement. And judging by the reaction from Callum, it certainly doesn’t disappoint! 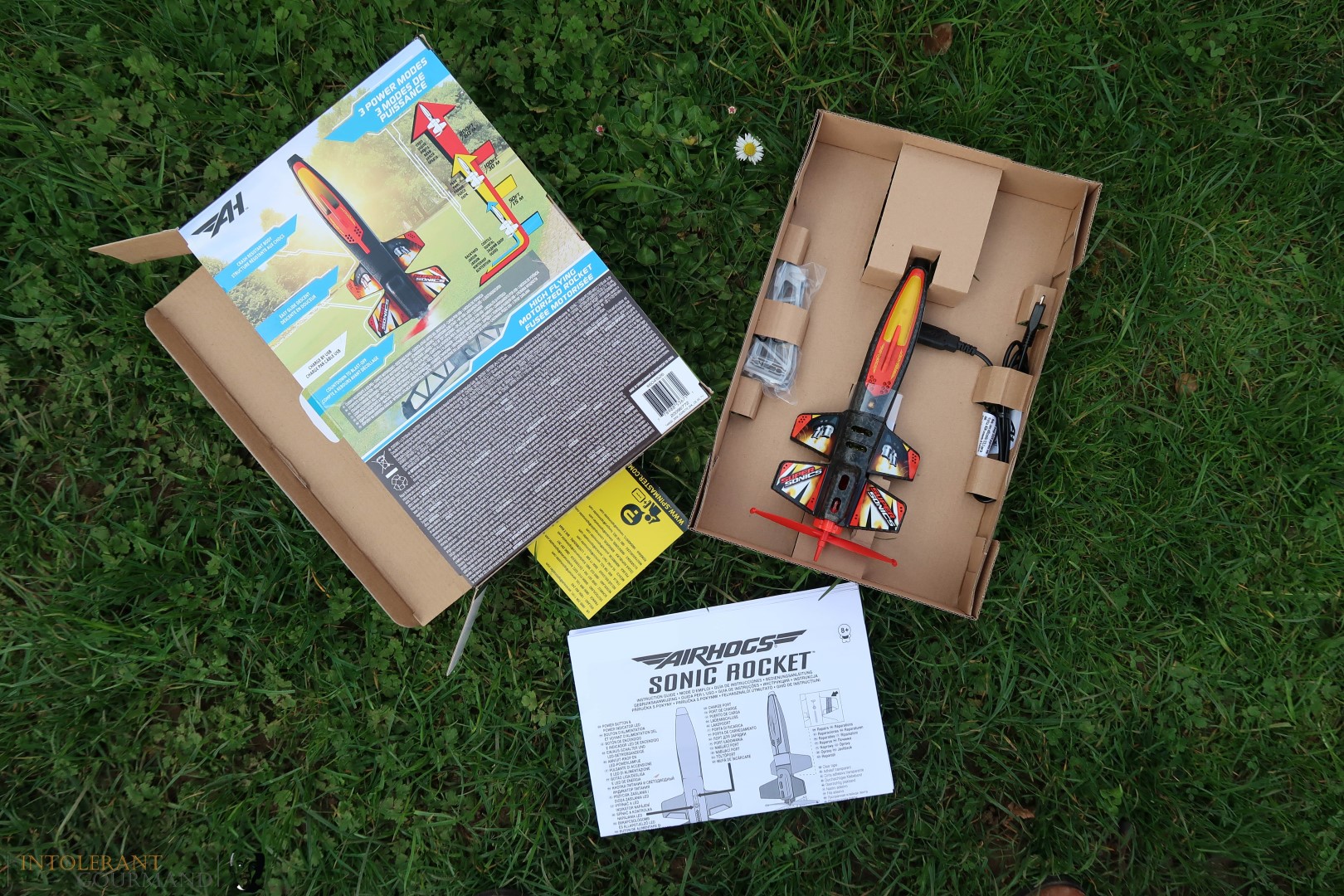 In the box, you get the rocket, a 3 piece stand, a USB charging cable and also the instructions.

Before anything else, you need to charge the rocket up, using the USB cable that it comes with. It takes roughly 25 minutes to charge it fully, and then it will be ready for approximately 50 launches.

The stand clips together easily and then it’s a case of charging the Air Hogs Sonic Rocket before use. It takes about 20-25 minutes to charge the Sonic rocket ready to approximately 50 launches.

As an FYI, when you first put the Sonic Rocket on charge it will flash red, once it’s fully charged the light will go out and you are ready for some fun. 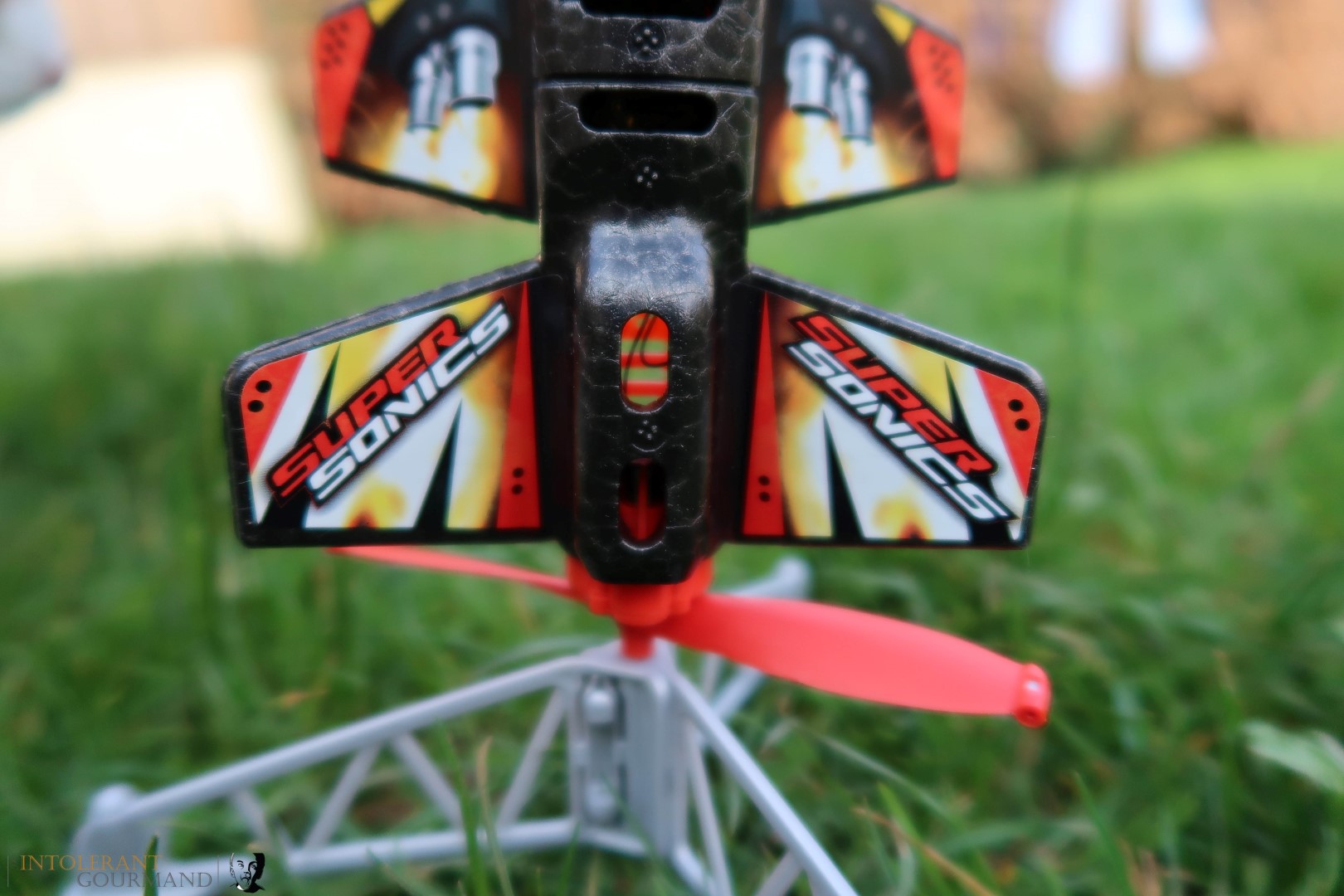 It features a rotating countdown, with a real rocket-style acceleration. You can choose 3 different power modes of 50ft, 100ft or the epic 200ft.

You get around 50 launches for each charge so you can keep launching it again and again and again. Then simply recharge via USB before going again. It’s great play value, and fantastic that you’re not relying on batteries, making it a much cheaper option.

Ideally, use it in an open area to save it from getting caught in trees or overhead wires, but also paying attention to any wind/ strong gusts as that will affect it’s performance.

It did show how robust and well made it is, as it didn’t have a scratch on it.

We spent the whole afternoon out in the sunshine when we first reviewed the Sonic Rocket, and we’ve been out many times since too. It’s become a firm favourite with the kids and I have to make sure it’s always fully charged so it can be used at a moments notice. 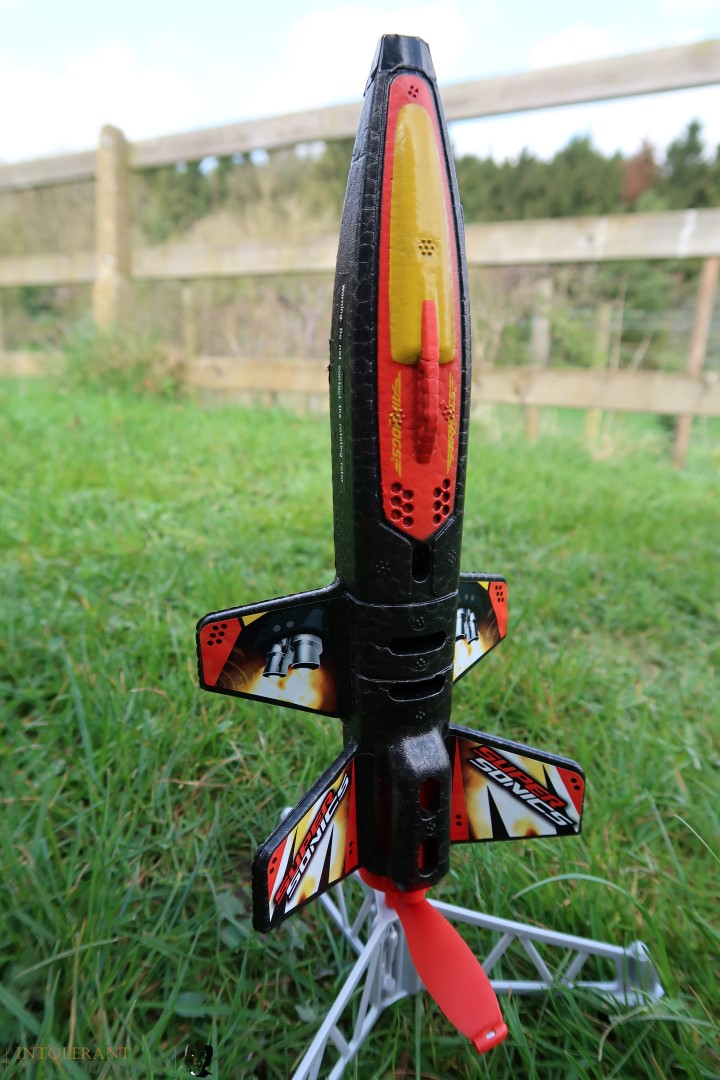 How does it work?

There are three different power modes on the Sonic Rocket. You simply press the power button on the back of the rocket once for Backyard mode, which will make it launch to 50ft. Press twice for Park mode for a 100ft launch and for the Orbit mode, it’s three times for a max 200ft launch.

On the bottom of the Sonic Rocket there’s a red shaft, which slots into the base. Make sure the base is on level ground, press the power button once, twice or three times depending on how high you want it to go!

The rotor blades will start to turn to countdown to the launch (rotating in short bursts as a warning) and then stand back and watch as the Sonic Rocket blasts off into the sky! 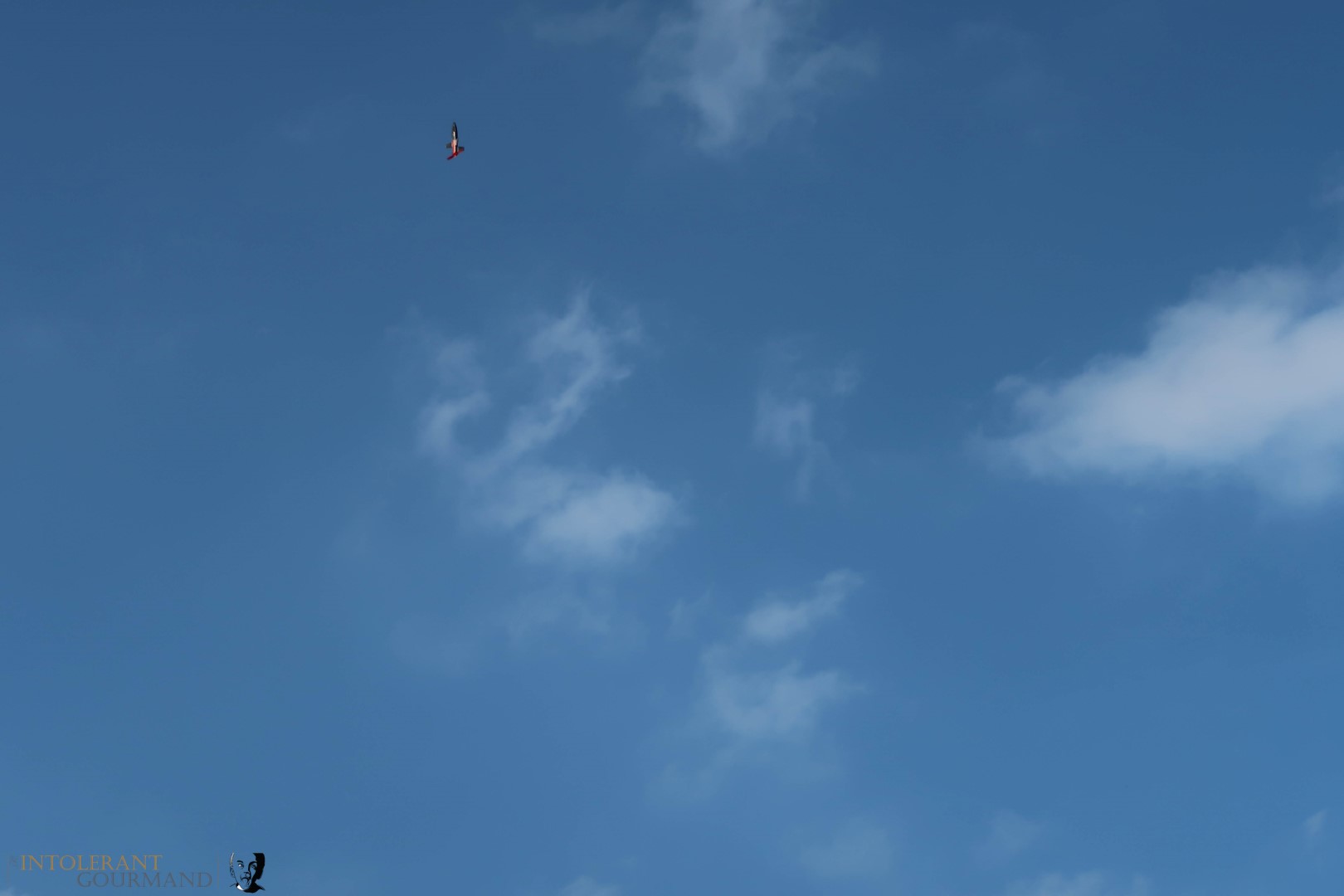 What did we think?

It’s a very impressive piece of kit, that children of all ages will love (including husbands 😉). It’s simple to charge, even simpler to use and provides hours of endless entertainment. It’s also great for getting the children to run around instead of being stuck inside.

As it’s very lightweight due to being made from crash resistant EPP foam, you do need to be aware of wind and it drifting whilst in the air.

But that aside, I can’t recommend it enough. We’ve all had great fun with it, and it’s in permanent use and think it will be for the foreseeable!

They're available in all good retailers and are around £19.99.

(NB: We were sent the Air Hogs Sonic Rocket in exchange for a review. All thoughts are my own) 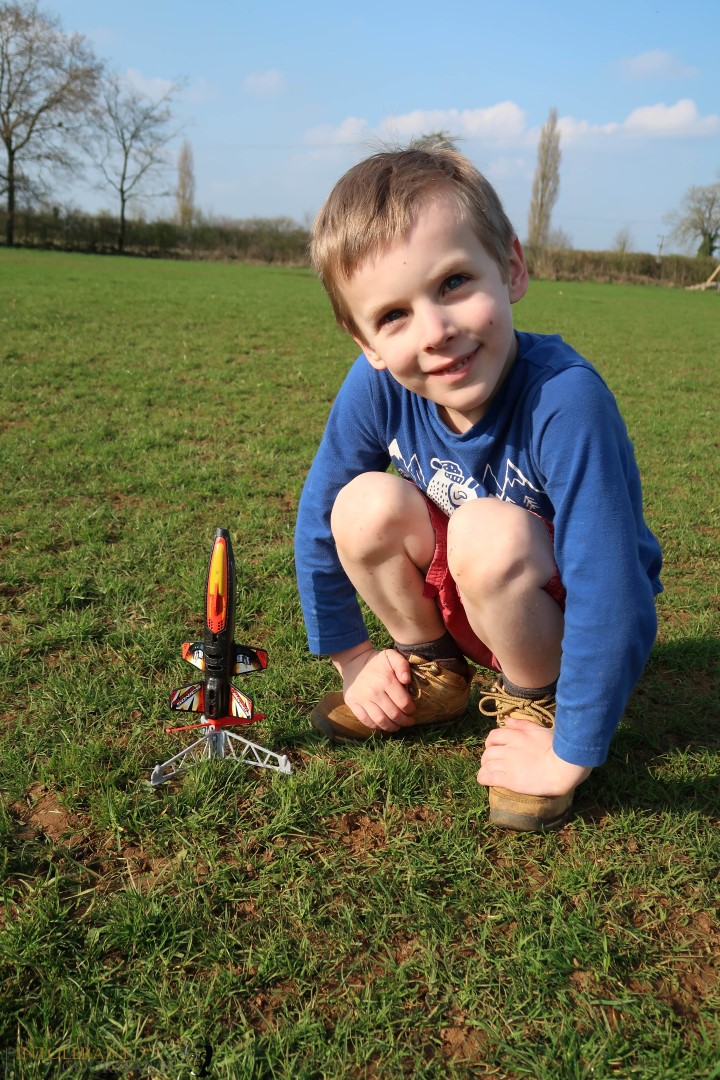