Think fine food, live cooking and the chance to discover the most incredible new foods! 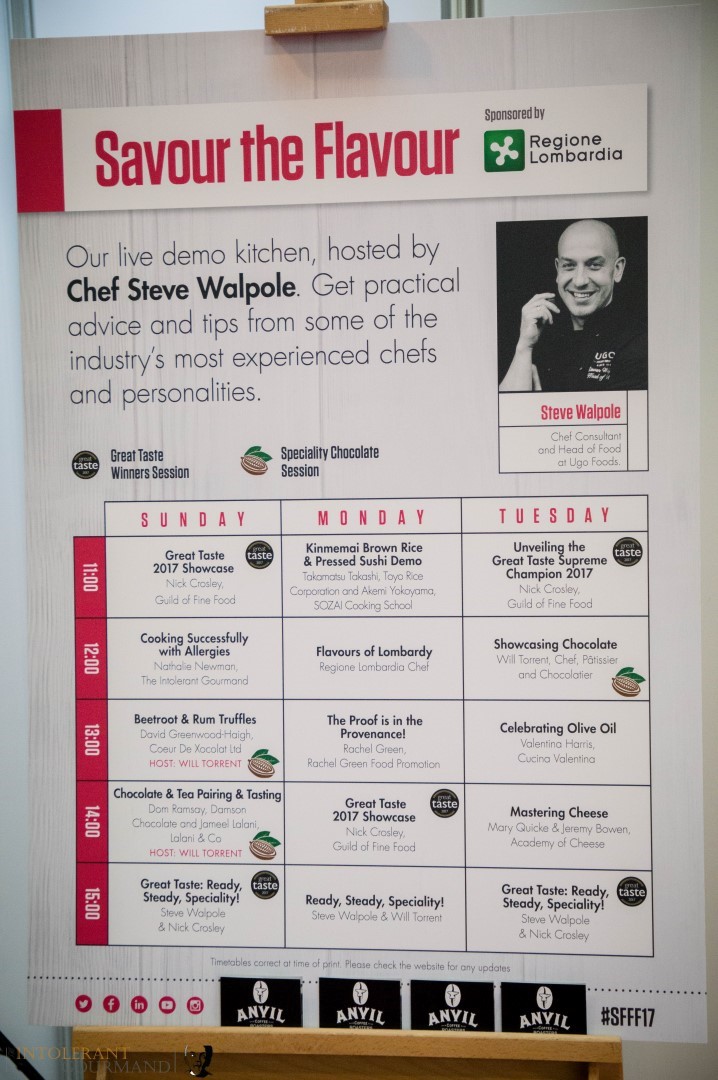 Now in its 17th year, this fantastic London extravaganza has been the leading event for drink and fine food, and for new producers to showcase their wares to those that understand the food and drink industry the most. This year, it took place from 3rd – 5th September at London Olympia.

Speciality Fine Food Fair is the perfect platform for promoting products, as amongst the many attendees, buyers for leading wholesalers come to the event to find the latest ‘new and upcoming’ produce.

As if that isn’t enough, there’s also the Great Taste accolade.

Out of all the accreditation schemes in the UK, it’s the most trusted and largest of them, with every product entered being tested and tried by at least 16 judges to earn its star rating.

That’s a lot of judging!

The Great Taste top 50 foods award winners were showcased at the fair, and a number of them were used in the live cooking demonstrations in the Savour the Flavour Live Kitchen. 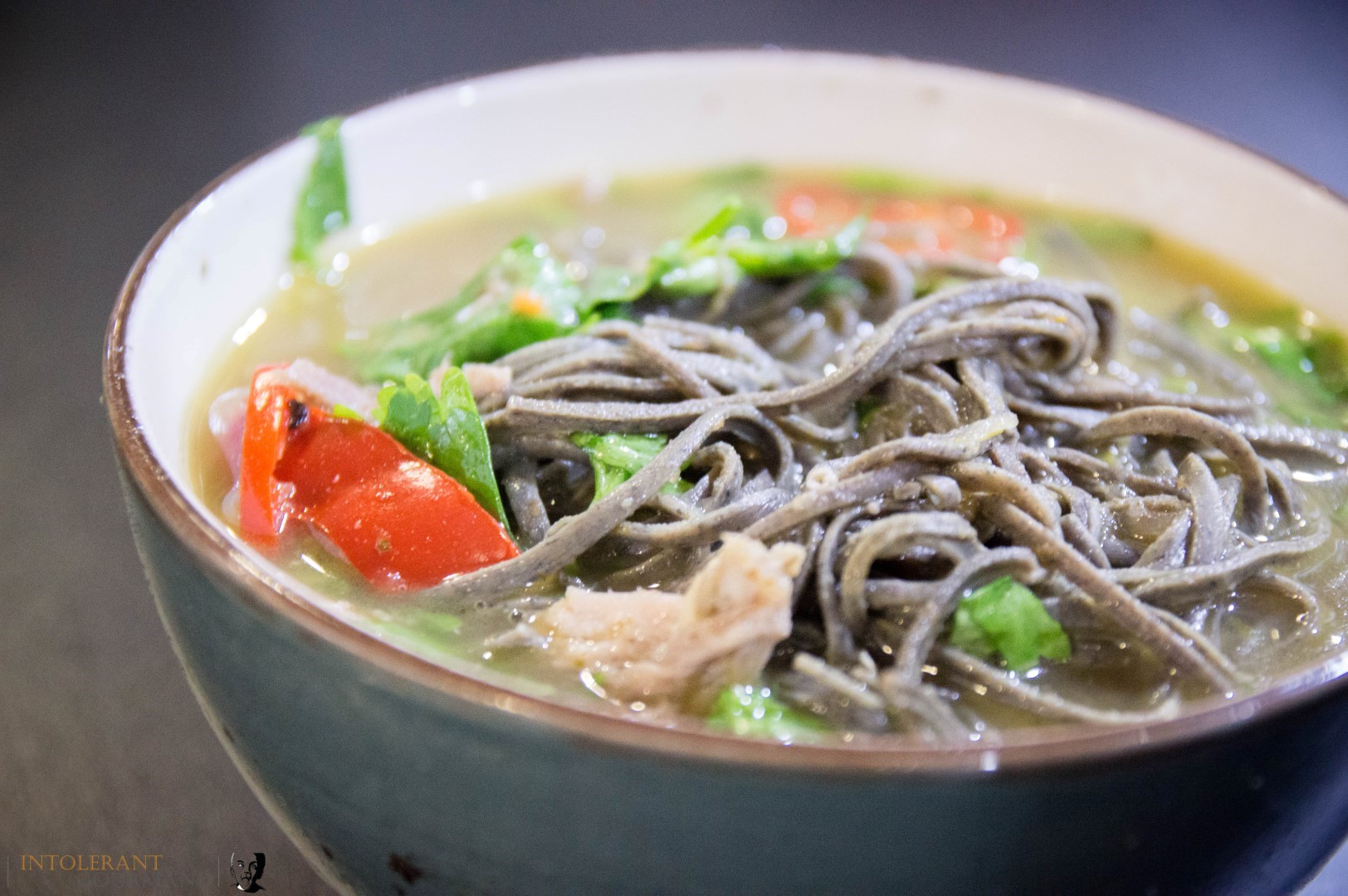 The highlight of the event was the revealing of the Great Taste Supreme Champion, the highest award in the Great Taste awards. The winner was announced as Hugh Maguire’s Smoked Black Pudding at a glittering event on the Monday night, before being sampled by Nick Crosley on the Tuesday morning in the Savour the Flavour Kitchen.

Why are these Great Taste awards so important to producers? Because they dramatically improve the sales of the products, increase the PR activity and become ‘the’ products to know about!

To put it into perspective, 700 artisan and new food suppliers attend the event. It can be hard to stand out in such a large crowd, although from my perspective, I urge you to keep a look out for Saucy Affair Raw Sauce and Flower & White, they are definitely ones to watch!

As you’ve probably now guessed, it’s quite the event to attend if you’re a foodie! 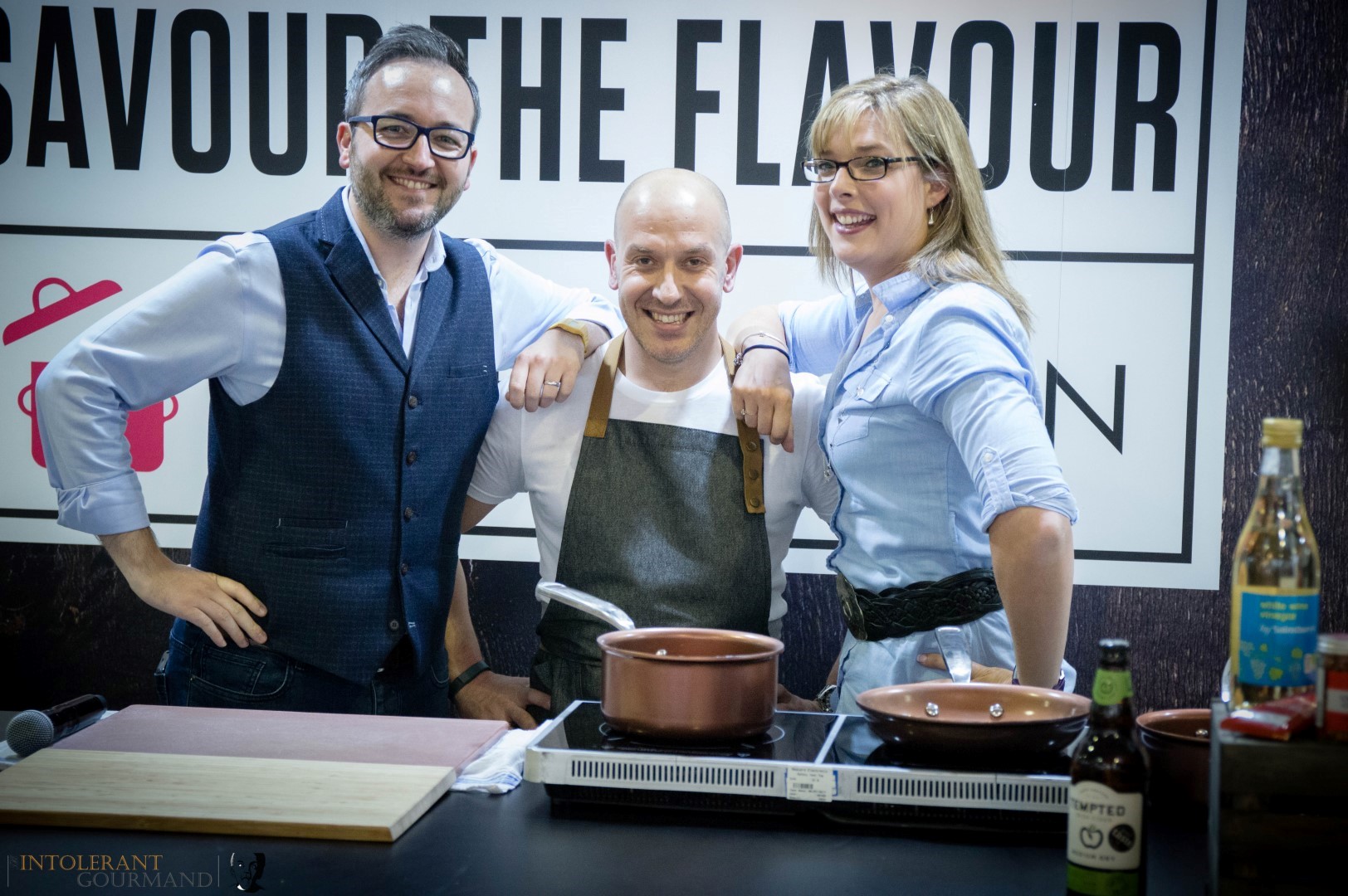 So imagine my delight when I was asked not only if I wanted to attend, but to also cook live in the Savour the Flavour Kitchen, with Steve Walpole and Will Torrent presenting!

I really do love my job, and I’m so lucky to have turned something helping my son into a successful business, especially as it gives me opportunities like this, which I’ll always be so incredibly grateful for!

Now, me being me, I wanted to do something a little differently. I was cooking/presenting live against some seriously talented chefs, so I knew that I really had to prove myself.

My speciality if you will, is to be able to cook free from food that still tastes and looks delicious, and without you ever knowing it was free from unless told so.

Having worked with Steve for a while, he challenged me to really push myself out of my comfort zone and do not one but two recipes in my allocated 45 minutes. 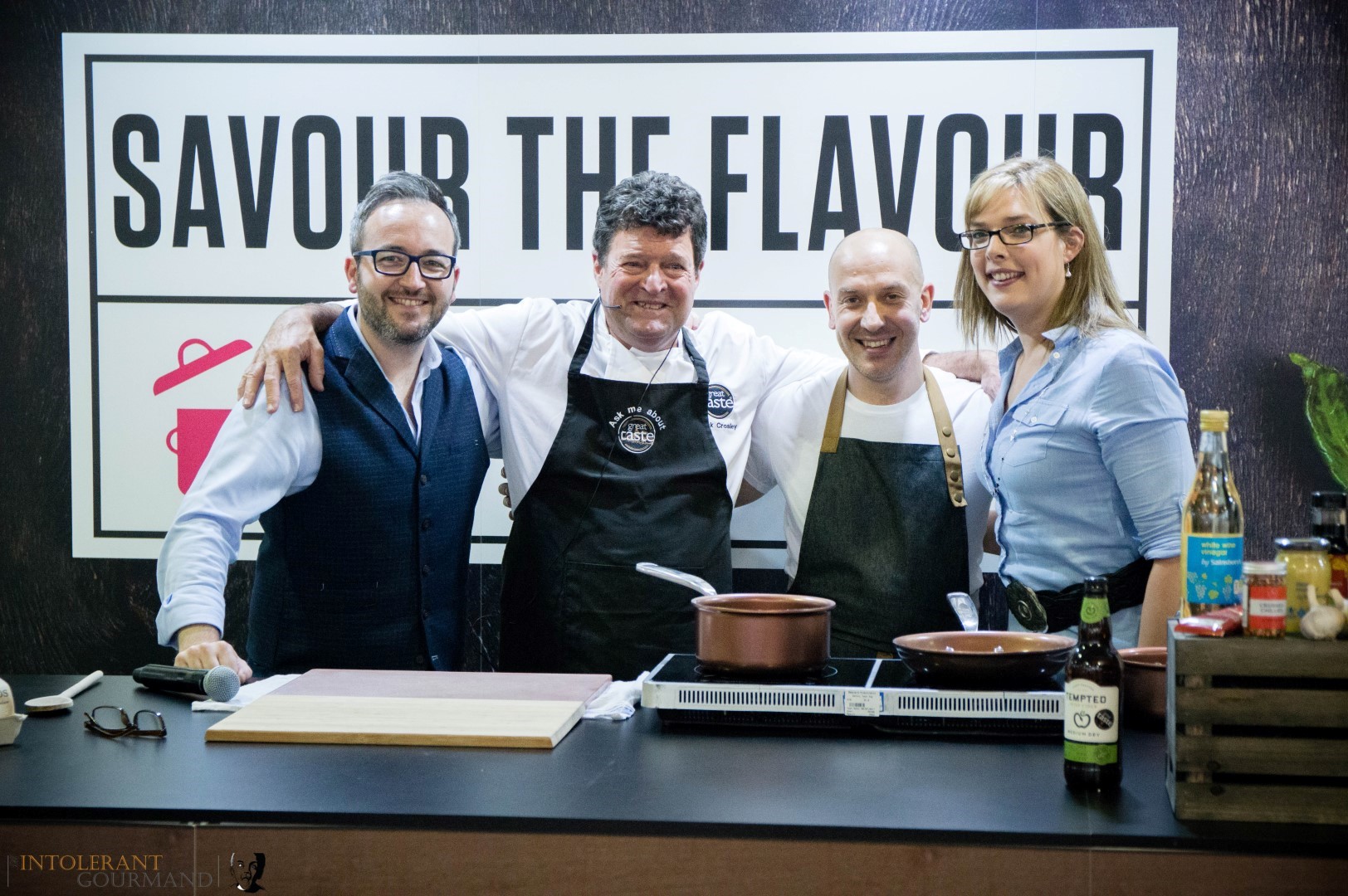 Thankfully, I had the help of two fantastic trainee chefs, who prepped my ingredients beautifully – their knife skills were something else, and they had everything ready for my demonstration, in labelled bowls so that I could achieve the two recipes more easily!

First up was Pumpkin Ravolini in a Sweet Chilli Sauce, using the fabulous Dell Ugo pasta that Steve had developed.

Then came my signature Apple Crumble, made slightly differently than most, in that my crumble topping is more like shortbread. It gives it a fantastic texture against the stewed apple and works beautifully.

Thankfully, Nick, Will and Steve were won over by both recipes, as were the audience members!

We had the most beautiful dishes to showcase the recipes throughout the day, thanks to Zodiac. The stunning colours of the plates, bowls and serving platters added such a pop of colour to the end dishes, and made them so vibrant! 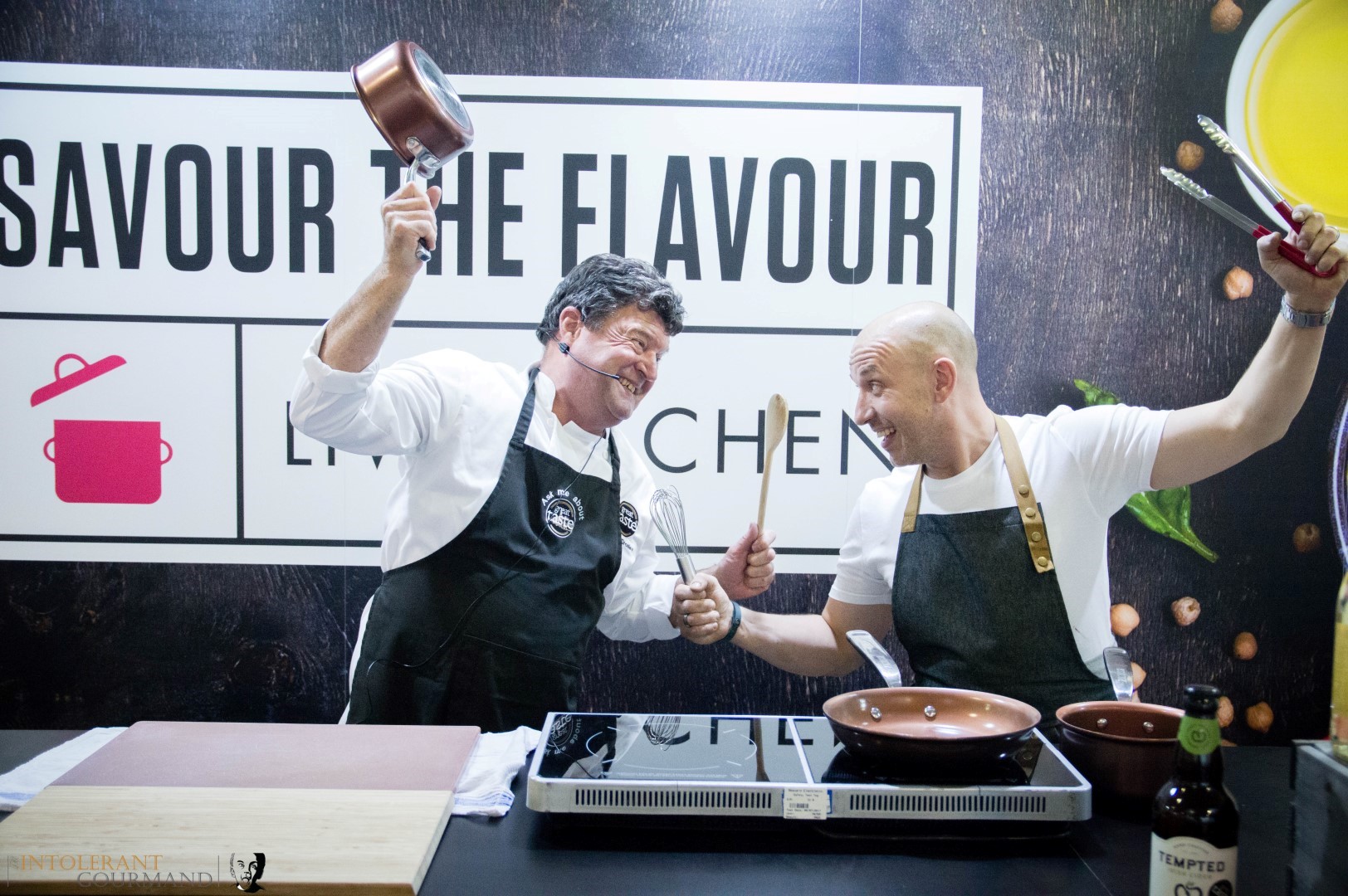 Once my live cooking demonstration was complete, I then spent the rest of the day supporting Steve and Will, with the day culminating in a fantastic ‘Ready Steady Cook’ style cook off between Steve and Nick.

Steve created an impressive 4 dishes in the allocated 20 minutes, but it was Nick’s confit duck with dauphinoise inspired potatoes that won. All of the dishes tasted incredible! 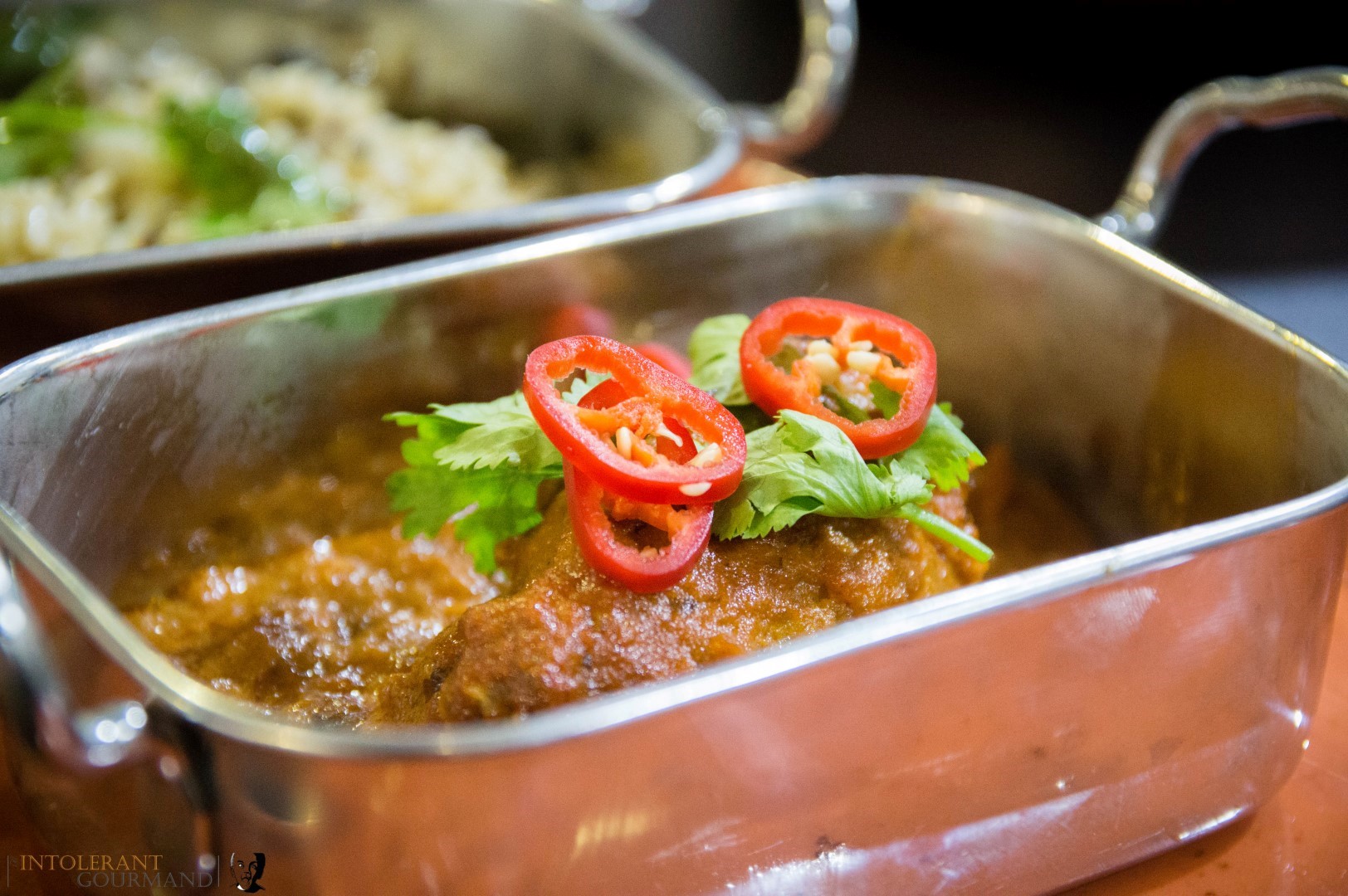 It was a highlight of my career to have worked alongside three such talented and inspirational chefs, and such an honour too.

I just hope we all get to do it again next year! :) 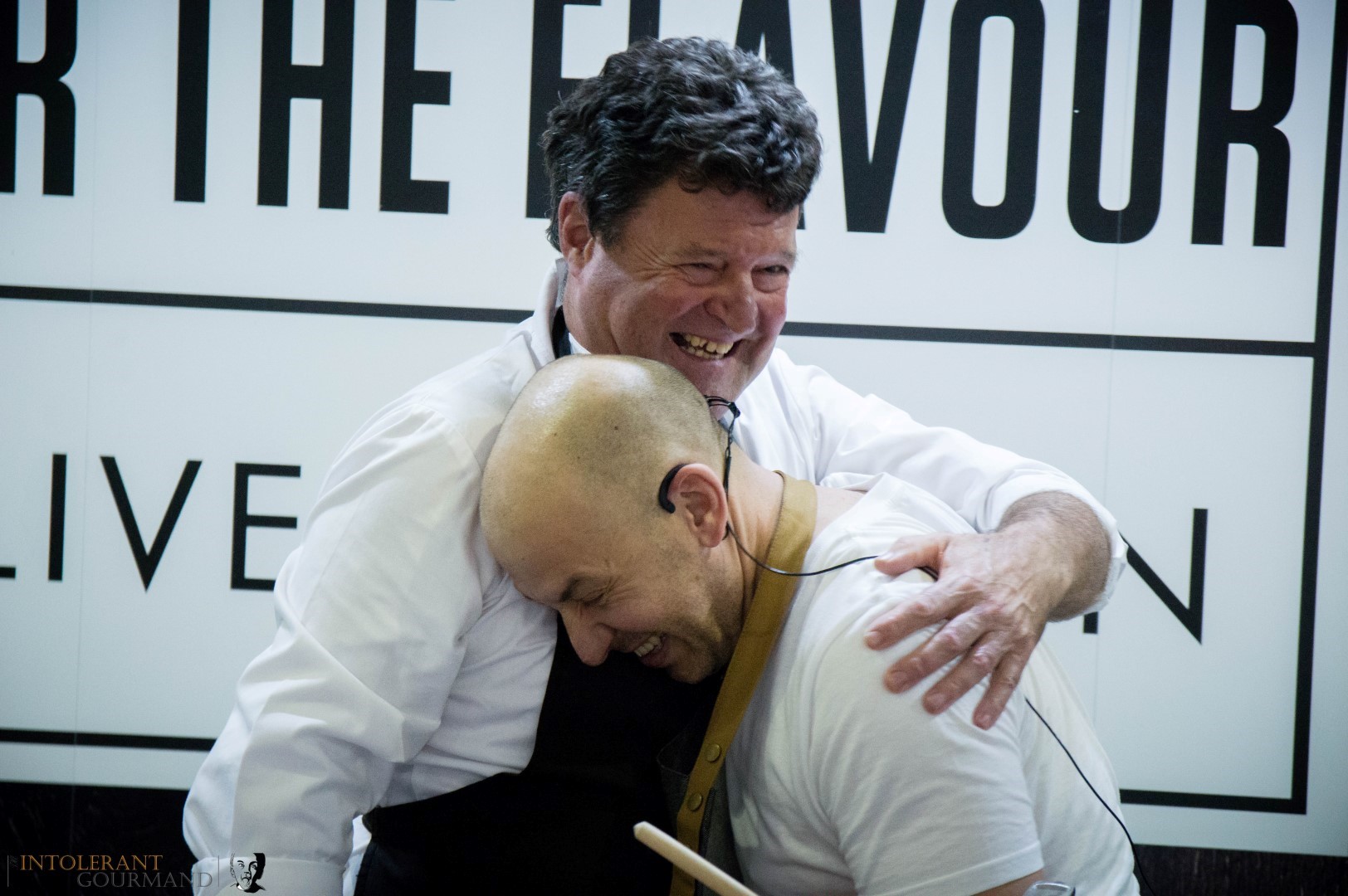