Are we right to call for a nut ban on planes?

The media has been whipped into a frenzy over the past month, after footage of Amy May and her severe allergic reaction hit the press! 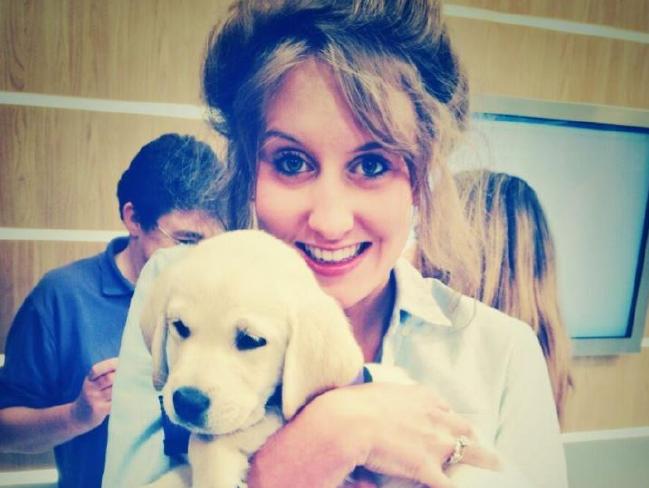 Imagine having to plan every move, be aware of cooking methods when ever you eat. How about if you're brave enough to travel abroad? Sourcing translation cards to ensure you are able to convey your needs and make sure you stay safe. This is the reality for anyone with allergies, and is part of every day life!

This is the reality we face every single day with Callum. We have to push away our fears every time he isn't with us, and we've learned to switch off our emotions until he is back with us otherwise we'd spend all our time worrying.

Now imagine you do everything possible to stay safe, and yet the worst possible scenario still happens. It's something that concerns me and all allergy parents every single day, and sadly this became the reality for the very brave parents of Amy May.

(This article was originally written for Foods Matter)

In April 2014, Amy May travelled with friends to Budapest for a long weekend, and instead of enjoying a much needed holiday, a catastrophic reaction caused her life to change forever.

Amy had suffered with a life long nut allergy, and carried epi pens and antihistamine wherever she went. On this eventful day, she had followed the usual protocol when living with allergies and spoken to restaurant staff to confirm which dish would be safe for her. Once she had received assurance, she chose a chicken dish. A seemingly innocent choice, with no concerns of nut contamination and confirmation from the restaurant staff that it would be safe.

All appeared well, until she took one bite and suffered a severe allergic reaction. 2 epi pens were administered, but did little to control the reaction, and Amy went into full anaphylaxis. The reaction was so severe, she went into cardiac arrest. She sadly sustained a brain injury due to lack of oxygen and spent 3 weeks fighting for her life in Hungary, before being transferred to St Thomas’ Hospital where she has been ever since.

Amy and her parents appeared on This Morning, showing the devastation that a severe allergic reaction can cause and the resulting difficulties that sufferers face.

Social media went into melt down!

What ensued has been somewhat impressive!

Social media has exploded with the story, mostly offering support and awe at raising such high profile awareness in such a short time.

I have been asked for quotes for various publications, and spoke with Eddie Nestor on BBC Radio London during the drive time show. During my preparation, I asked my followers on facebook and twitter what they thought about the story, and what they would like to see change in the allergy world.

The response was overwhelming, and caused somewhat of a storm on twitter in particular!

Overall, the message was clear, allergies need and deserve much more of a platform to educate the many. Bans in public places were also called for.
Interestingly, Amy’s parents have since started a petition to ban the selling and consumption of nuts on planes. It has raised a significant number of signatures, and is now on course to be discussed in parliament.

As an allergy parent and business owner, I am so impressed with this level of response, and I hope that it will assist with the ongoing education that is needed for people to better understand the seriousness of allergies.

What about other allergies?

However, we must not forget that there is another side to this story!

Whilst many have been positive in their support, there has also been an increasing number of people belittling those with ‘just’ a nut allergy.

They are upset that it is always the nut allergy that is discussed, and appears to be the more ‘popular’ of the allergies. It seems as if it’s never the ‘other’ allergies that people suffer with, and sadly a small group have been attacking the good work of this petition.

Let’s be frank here, being an allergy parent is hard. Probably one of the hardest things you have to live with.

Every day you have to push away your fear, feign positivity and pray for no reactions.

You are permanently on edge.

Always watching and completing a full health and safety report with every move you make, attempting to stay one step ahead at all times.

Ultimately, we are all fighting for the same thing, and that’s for our little ones (or big kids) to stay safe!

There are 2 sides to the story

Please don’t shoot me for saying this, but I actually agree with both sides.

Yes it’s wonderful that nut allergy has been given a massive platform of awareness.

Amy and her story have certainly shaken things up a bit, and made many people understand how serious allergies can be.

But, as a parent of a child with 28 severe allergies, I can also see the other side of the story.

Banning nuts will definitely help, but what of the other top 14 allergens? Should they be banned too? Shouldn’t we be giving as much focus to them? After all, they can cause equal amounts of devastation to those that react severely to them.

It’s not just nuts that cause Callum an issue. And when I say issue, I mean full blown anaphylaxis (swelling, rash, vomiting, wheezing, difficulties breathing etc). He also is affected at this extreme level with all forms of dairy, strawberries, egg, citrus, tomato, tree nuts and more.

The reality is that it just wouldn’t be feasible to ban all of this. Can you imagine the backlash and the social media storm that would ensue.

One reader told me that their school recently went nut free for her son, and resulted in a parent sending a letter to the head teacher complaining that it ‘was an infringement of her human rights to not be able to send her child to school with a peanut butter sandwich for lunch’.

Are we so ensconced in the allergy world and the associated problems that we don’t take into consideration what other people think about the restrictions we’re calling for?

If I were to take Callum on a bus, or the tube, he would be subjected to every single one of his allergens, which could result in a catastrophic allergic reaction.

Would it be feasible to ban all allergens because of this? No, of course not.

So what makes planes so different?

The issue lies in the recycled air. The allergens become enhanced and more concentrated, and for those with an airborne allergy to nuts it becomes lethal.

In this instance, it makes complete sense to ban nuts on a plane, and something I will advocate, but please, remember there are other allergies with equally serious reactions.

All allergies cause issues for those affected, and just because one allergen is serious for one person, they may have an equally serious but different allergy.

Everyone’s views should be respected, and we should all be supporting each other.

After all, we all are trying to achieve the same goal ultimately, that of better understanding and improved education within the allergy world.