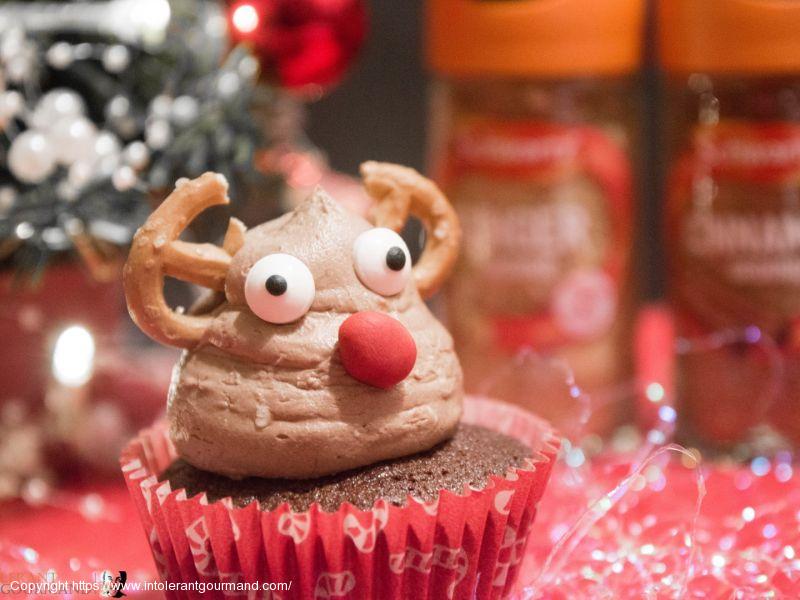 With Christmas just around the corner, it’s inevitable that our thoughts turn to indulgent food, using spices to pack extra flavour. And nothing shouts of Christmas more, than the air filled with the indulgent and warming scents of ginger and cinnamon in festive bakes.

Prepare 2 muffin trays with cupcake cases, and preheat the oven to 180c.

Add all of the ingredients apart from the mincemeat for the cupcakes into a large bowl, and mix until just combined.

Then gently stir in the mincemeat.

Divide the mixture into the prepared cupcake cases and then place in the preheated oven to bake for around 15 minutes until well risen.

Remove from the oven and leave to cool fully.

Meanwhile, add all of the ingredients for the frosting to a bowl and mix until well combined and light and fluffy.

Use a piping bag to pipe onto the cooled cupcakes, and decorate with the pretzels, sugar eyes and red icing balls. 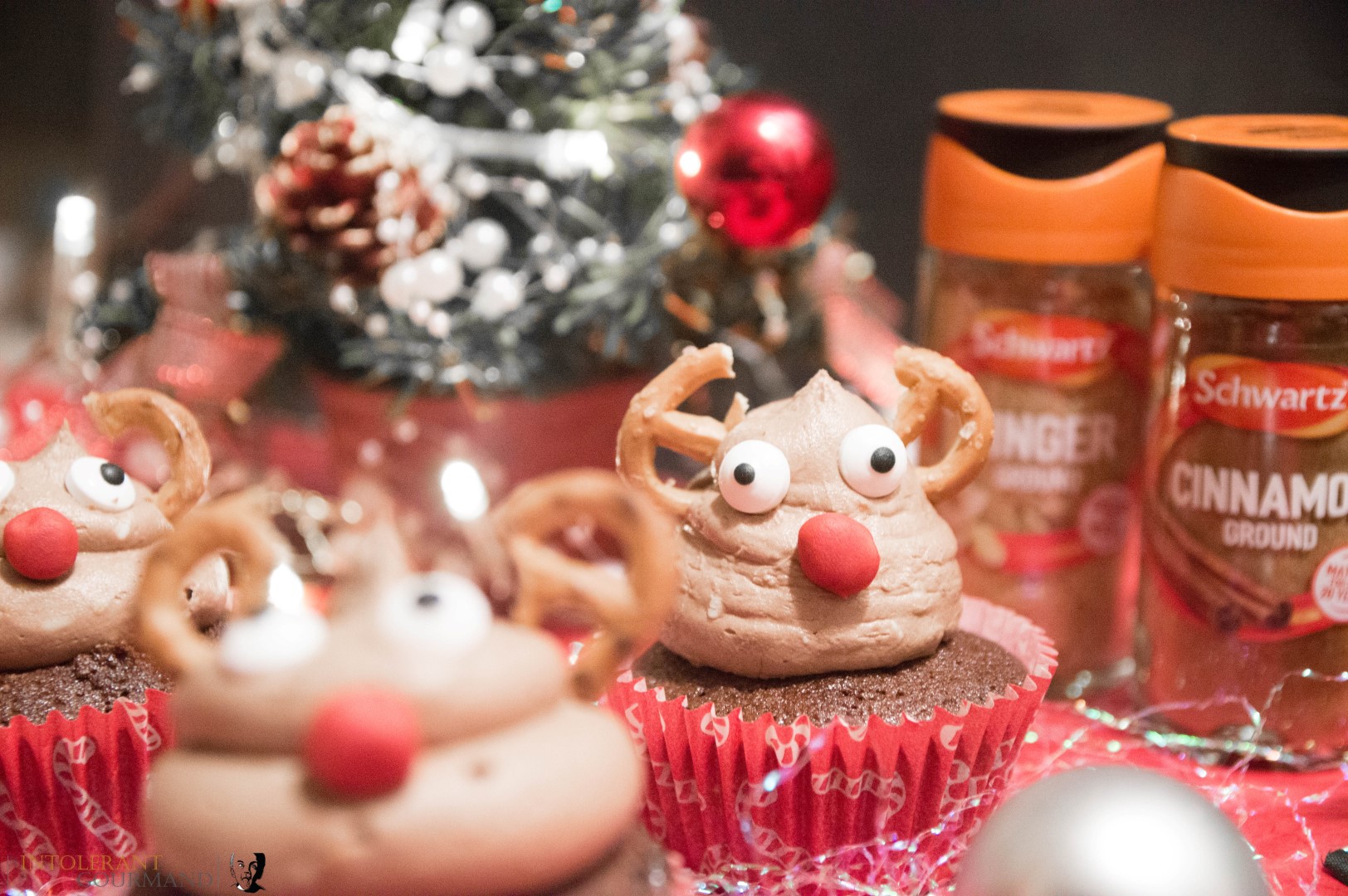 When Schwartz got in touch to see if I’d be interested in taking part in their Christmas campaign, I jumped at the chance. Schwartz spices feature heavily in my cooking, they are the only spices I will use as I’m guaranteed the quality and flavour will not be beaten. You know you will always have a good result, and that the flavours will pack a punch and be as gutsy as you need them to be in every recipe you use them in.

But there was an additional reason I said yes to creating and making this special recipe.

We very sadly lost my wonderful father-in-law just over a week ago, and brownies, mince pies and an abundance of Schwartz spices summed up his favourite things to eat or cook with! There was nothing he loved more than indulging in mince pies at Christmas. And if I was baking chocolate brownies when he came over, he’d often help himself to a slice or 3, and take a few home with him too. Add to that the fact he used spices in almost everything he cooked (even scrambled eggs), you can see why it made sense that I made these special cupcakes in his honour.

I think all foodies would agree that what better way to encompass Christmas flavours than to blend mincemeat with indulgent chocolate brownies, whilst incorporating the Christmas classics of ginger and cinnamon. The texture is of a classic brownie, and topped with orange chocolate buttercream, all whilst ensuring they’re still dairy-free and gluten-free to be safe for Callum! The smell in the kitchen as they baked was something else.

I tested them on family and friends before I was happy with the recipe, and by the first bite it became apparent that these were a bit special! In fact, they’ve been so popular, I’ve been asked to make them as Christmas presents for the children’s teachers and for family members that haven’t tried them yet.

I just hope you all love them too! 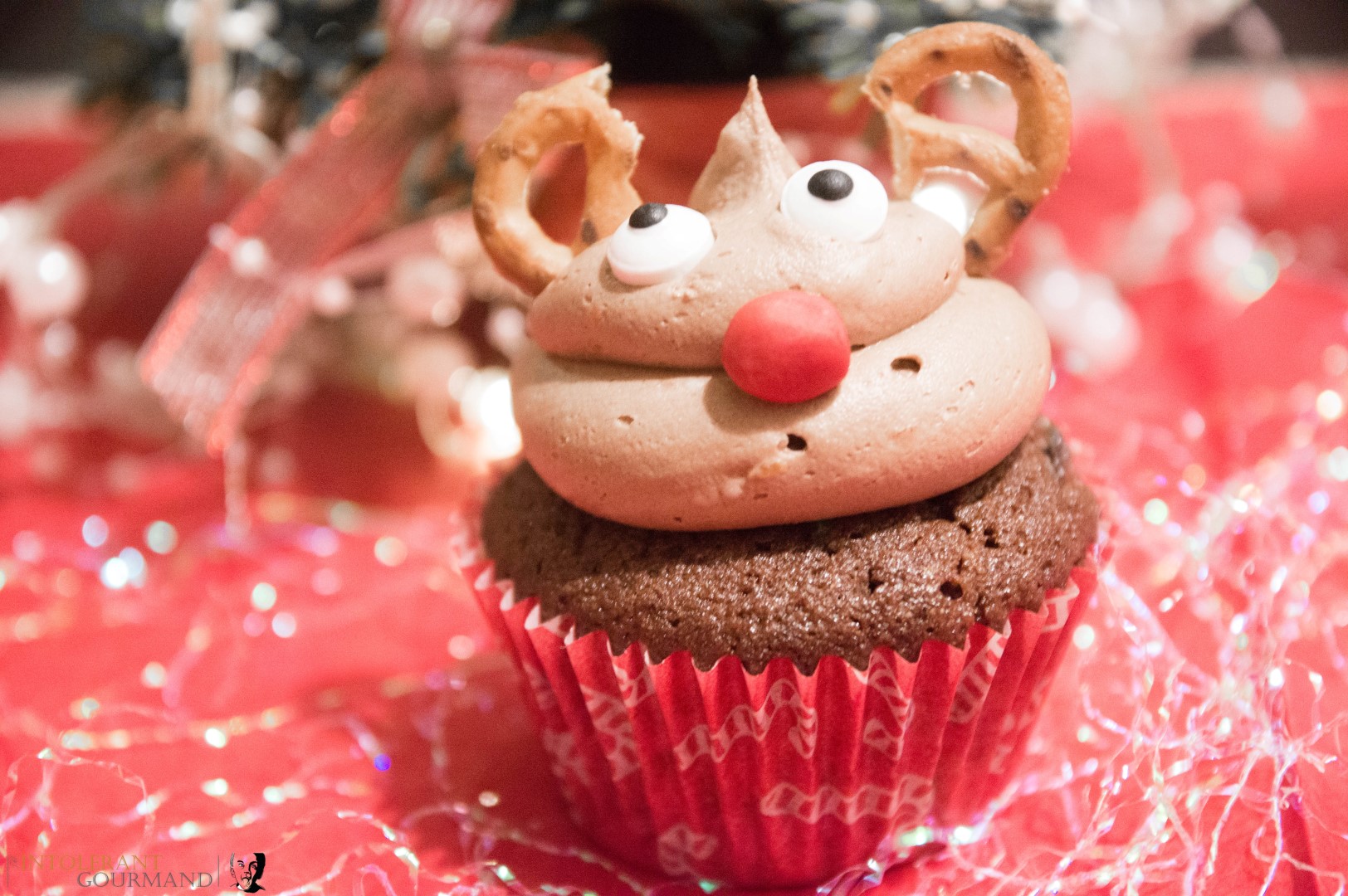 Please login to use this feature