Can we boost antioxidants?

We all know that eating healthily is one of the best ways of staying healthy and maintaining our antioxidant levels. But did you know that a2Milk™ can boost this? 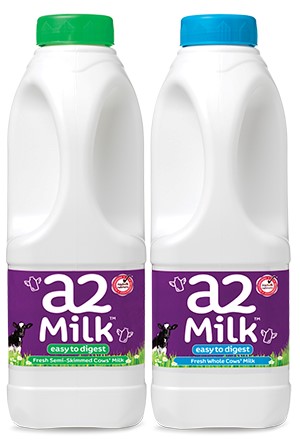 It’s no secret that I’m a fan of a2Milk™, not least because it has really helped me with my own health issues

As a trained and qualified Nutritional Therapist, I like to stay up to date with the latest information available when it comes to foods. New trends that are coming out, the best ways to cook ingredients to ensure that optimum levels of nutrition are kept, all of these are so important to me, particularly in my line of work when dealing with restricted diets and ensuring clients aren’t becoming deficient in key food groups.

So, when I was sent details last week from a study undertaken by a2 Milk™ I was intrigued and excited by what I saw.

Regular readers will know that I really do advocate a2Milk™, and it will always be found in my fridge. It’s the only milk I can use. It has helped me so much in terms of my own health, through improving IBS symptoms and the nasty side effects that come with it, such as:

When I was first introduced to a2 Milk™ it was a revelation for me. For a long time I’d tried to avoid dairy so that I wasn’t feeling so ill, and on trying it and subsequently completing a 4 week challenge, the difference was astounding!

What exactly is a2 Milk™?

Essentially, a2 Milk™ is dairy milk, produced by a cow. The only difference is the DNA of the cows they use to produce the milk. The majority of cow’s milk nowadays contains a mixture of A1 and A2 protein, due to the fact that cows predominantly carry A1 protein. The cows that produce a2Milk™ (add link to what’s all the fuss about) are hand selected to ensure they only produce A2 protein. Otherwise, it’s still milk as we know it!

a2Milk™ has been getting a lot of recognition since coming to the UK in 2012, thanks to the fact that it’s much easier to digest than ‘normal’ milk. It can now been found in all the major supermarkets in the UK, as well as Amazon fresh and Ocado!

Netmums have even been getting involved in the excitement, with a recent poll conducted on their website confirming that out of a poll of 155 Netmums members, 85% would recommend a2 Milk™ to a friend!

Earlier on this year, a study by a2 Milk was undertaken with 45 participants, which threw up some surprising results. Lactose intolerance has long been believed to be the cause of symptoms similar to the ones I suffer with as part of my IBS. It is a subject of heated debate world-wide. This study suggested through its participants that they experienced

‘significantly higher gastrointestinal inflammation, elevated blood markers for immune and inflammation response and stool transit delays when consuming ‘normal’ cow’s milk. When consuming a2 Milk, all of these issues disappeared for the participants, including those with a confirmed lactose intolerance’

The trial successfully showed that

‘individuals in the trial who drank a2 Milk had no gastrointestinal disturbance, including those confirmed with a lactose intolerance’

It was truly ground breaking research and one which was met with eager anticipation of further developments.

The first part of this study produced results which started to make us understand even further the role that proteins play on our bodies, how we break them down, and the resulting symptoms that many of us suffer with as a side effect of the process.

Since the results of the study were released, new details have been released from this same study last week. And it’s equally as ground breaking and exciting!

We all need antioxidants, they play a vital role in keeping us healthy and are a part of everyday life through what we eat, drink and are exposed to through our environment.

The results from this study have shown that by consuming a2 Milk, as opposed to ‘normal’ cow’s milk, the natural production of antioxidant glutathione (GSH) is significantly increased.

Glutathione (GSH) is a powerful antioxidant, associated with a range of health benefits, not least with the regeneration of immune cells.

What is most important about this study is that fact that glutathione can’t be used in a supplement as it won’t be effective. It needs to be formed in the body from food sources.

It’s an exciting development to discover that we can significantly increase our glutathione levels by simply consuming a2 Milk!

The participants of the study provided blood samples which showed that following the consumption of a2 Milk, serum GSH levels were roughly twice as high as those consuming ‘normal’ milk.

This graphic shows the levels of increase:

What’s even more exciting about this discovery, is the possibility that GSH may also provide greater protection against a range of environmental exposures as a result of the major role it plays of detoxification.

As other studies are planned, it will be very interesting to see how this develops further!

As I have said previously, a2Milk is NOT suitable for Callum or for anyone else who suffers with an allergy to dairy, but for people such as myself who suffer with IBS, or those who have a self-diagnosed intolerance to lactose, this might just change everything for you!

You can click here for guidelines to check whether a2Milk™ would be suitable for you.

If you have ANY doubt, please consult a Health Care Professional before attempting to try this milk

As I say to everyone who asks me, being introduced to a2Milk™ has been a real game changer for me, and I now consume dairy without any symptoms, which is fantastic.

I use the milk in recipes, including lasagne, chocolate brownies, pumpkin soup, eggnog, chocolate truffles, red velvet gateaux and potato dauphinoise to name a few!

The beauty of this milk is it’s versatility. It tastes like milk used to, it’s stable when you cook with it, and it’s stopped me suffering with unpleasant symptoms.

What’s not to love?!

If you’ve tried a2Milk™ I’d love to hear your thoughts on it!

As we reach the end of 2016, thoughts turn to the big ‘C’ word, yep you’ve guessed it, Christmas!

We’ve teamed up with the lovely guys at a2Milk™ to bring you a corker of a competition to help kick off your Christmas shopping. There’s even a tempting recipe to get you in the mood too! Want to know how to make this beauty? 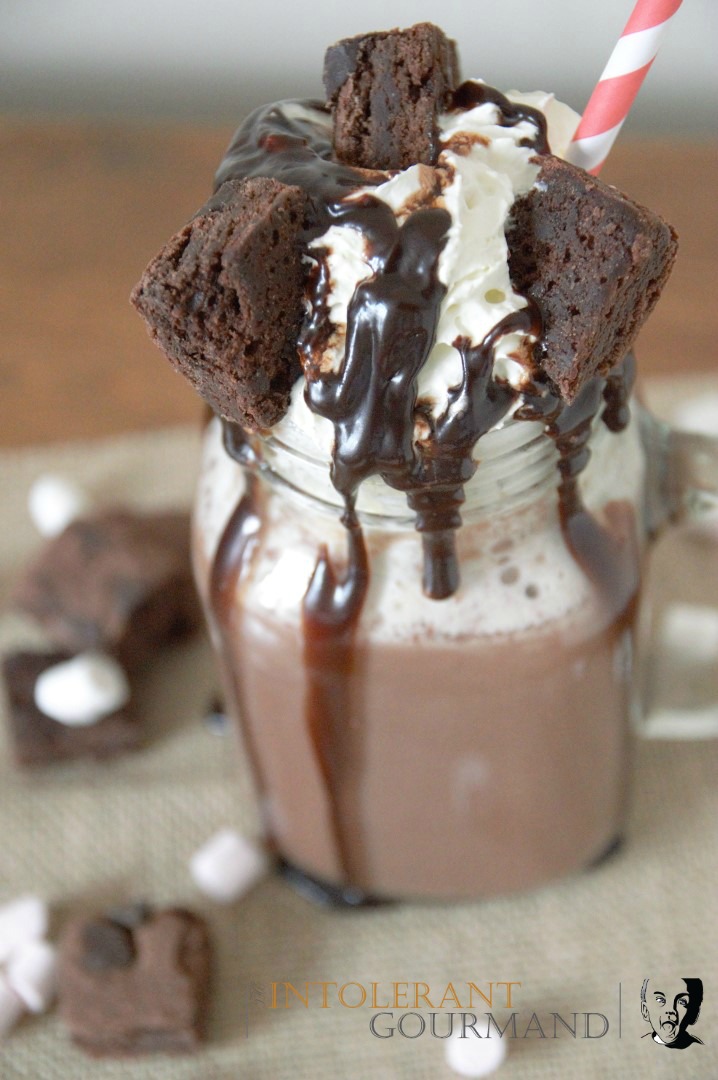 Check back for our next post for all the details, you won’t want to miss it!!