If you’ve ever been to Byron before, you will know that their food is in a league of its own! Even though many other places do burgers, they just can’t compete. 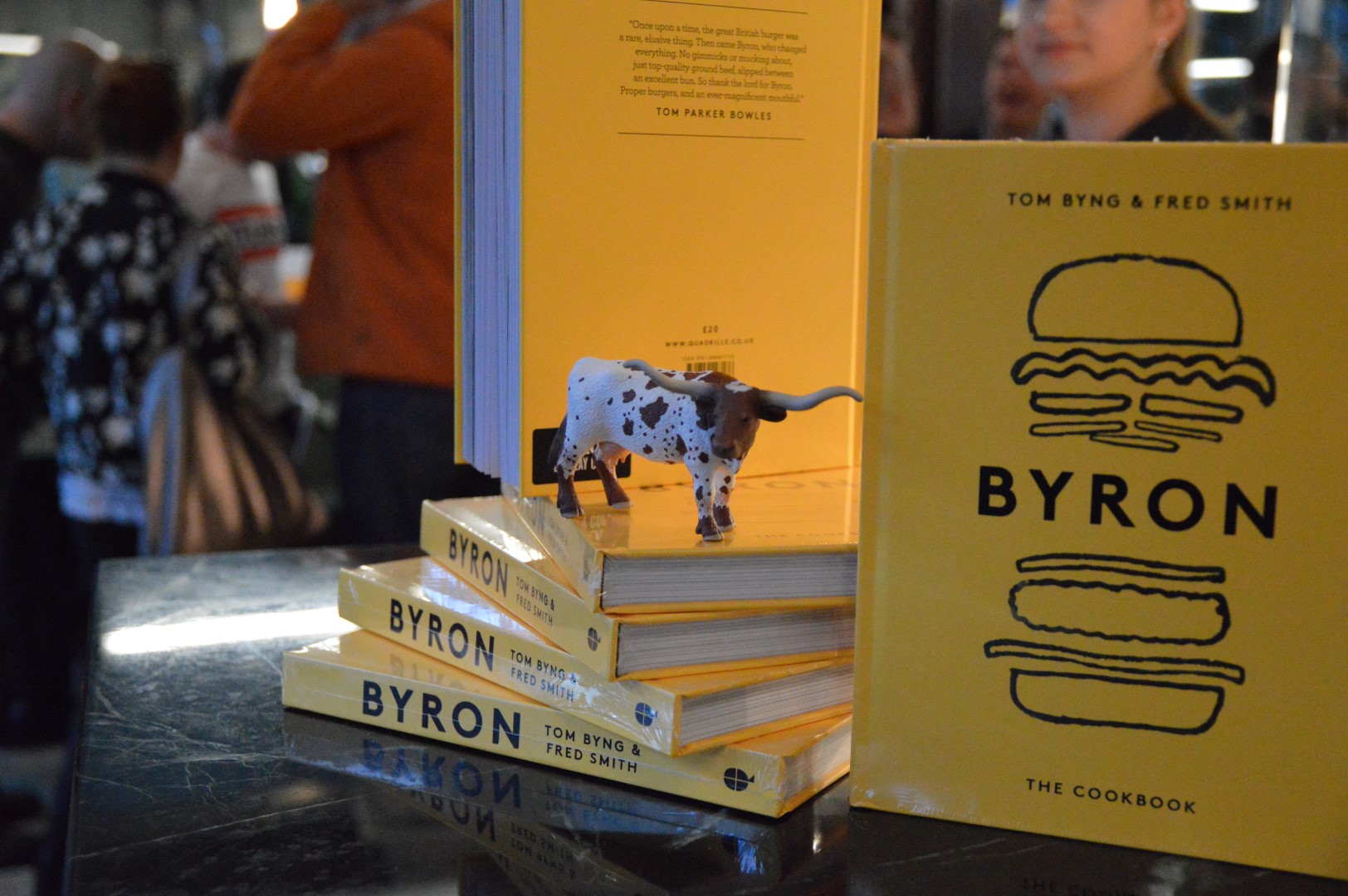 Byron was set up back in 2007 by Tom, with the first restaurant situated in Kensington High Street. It very quickly became a huge hit for anyone looking for decent and tasty burgers. Today, Byron has 60 restaurants and serves on average over 130,000 customers each week! Impressive stats!

We’re huge fans, especially as they are able to cater for Callum and his allergies with ease. They were ahead of the game when it came to allergies and cross-contamination and were already setting the benchmark before the legislation came in to play back in December 2014. If anything, they’ve continued to get better, if that’s possible.

So, what if I told you that the masterminds behind this impressive chain have put together a quite simply amazing cookbook? Tom Byng and Fred Smith have spent the best part of 2 years working on this, and it shows. 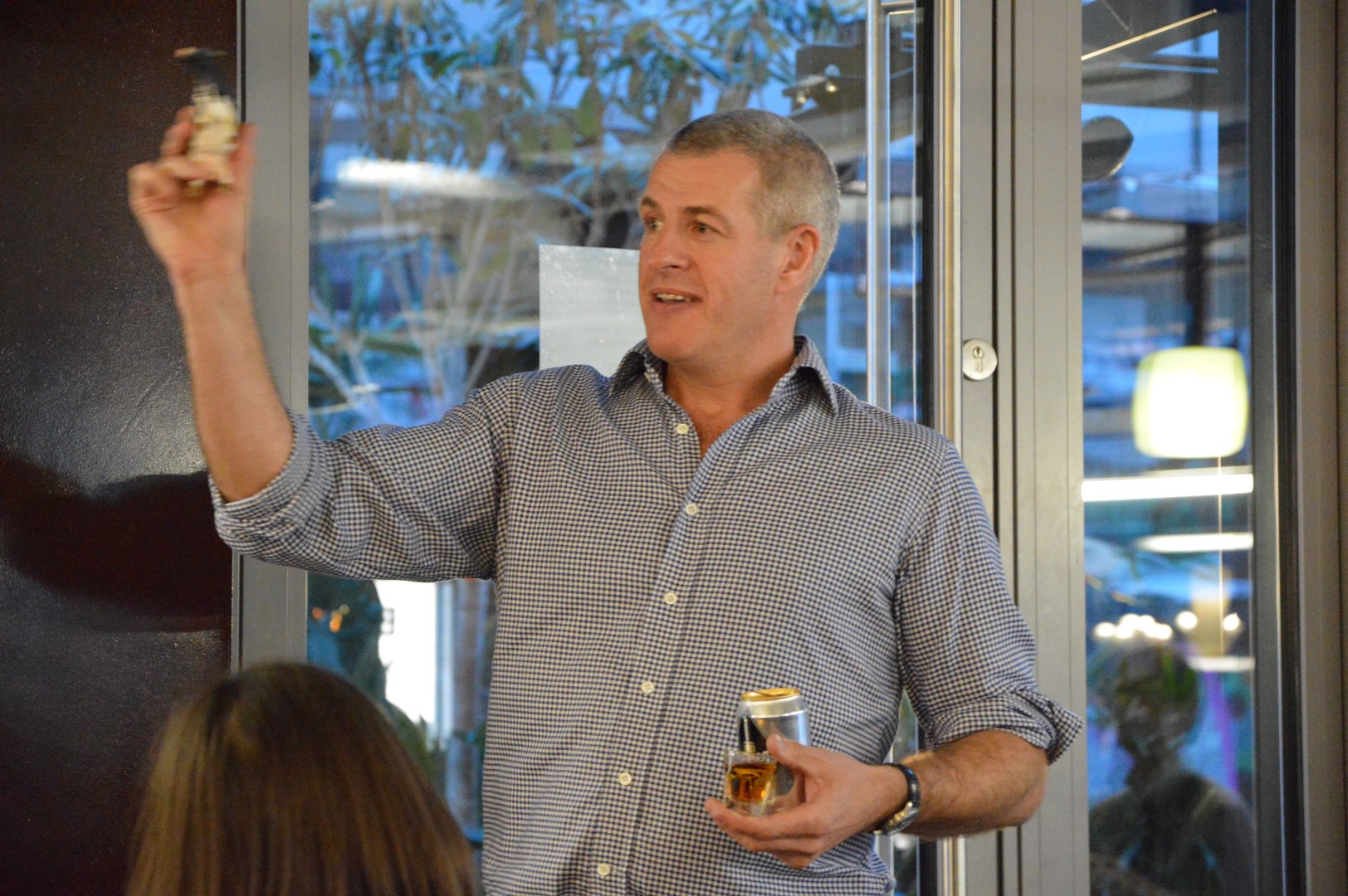 This beautiful cookbook talks you through the basics:

This book has got it all, and more!

What I absolutely love about the cookbook, is the little anecdotes and tales told as you work your way through.

Little insights into how Byron was set up, and why! 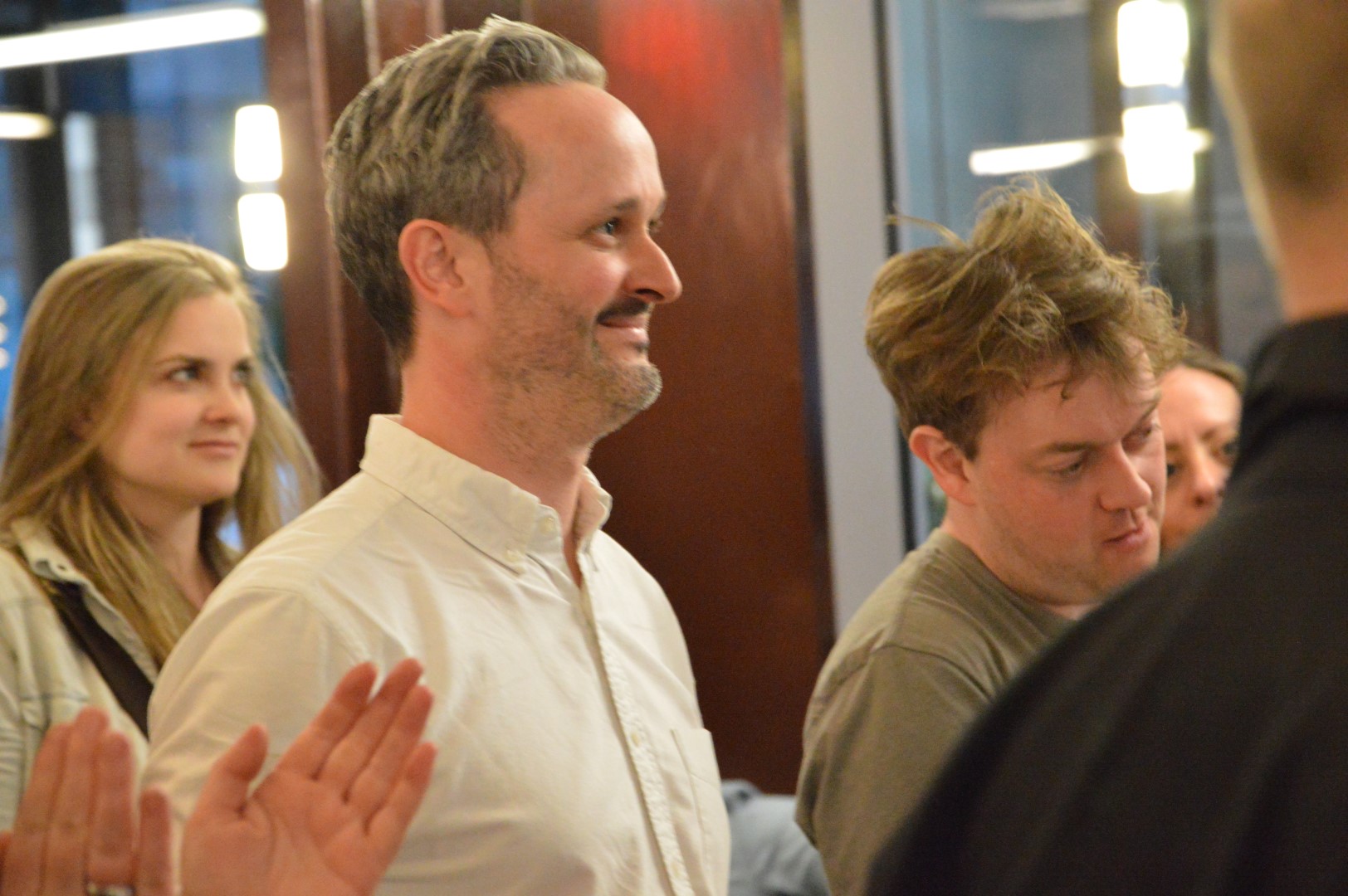 The reason for their love of Bourbon!

Where the inspiration for some of their most popular recipes on the menu came from!

I won’t give away too much, as I really don’t want to spoil the charm, but it helps to tell the story, and makes you love it even more.

The book has a lovely way of guiding you. It quietly holds your hand and talks you through the basics, before giving you the base recipe to practice on. 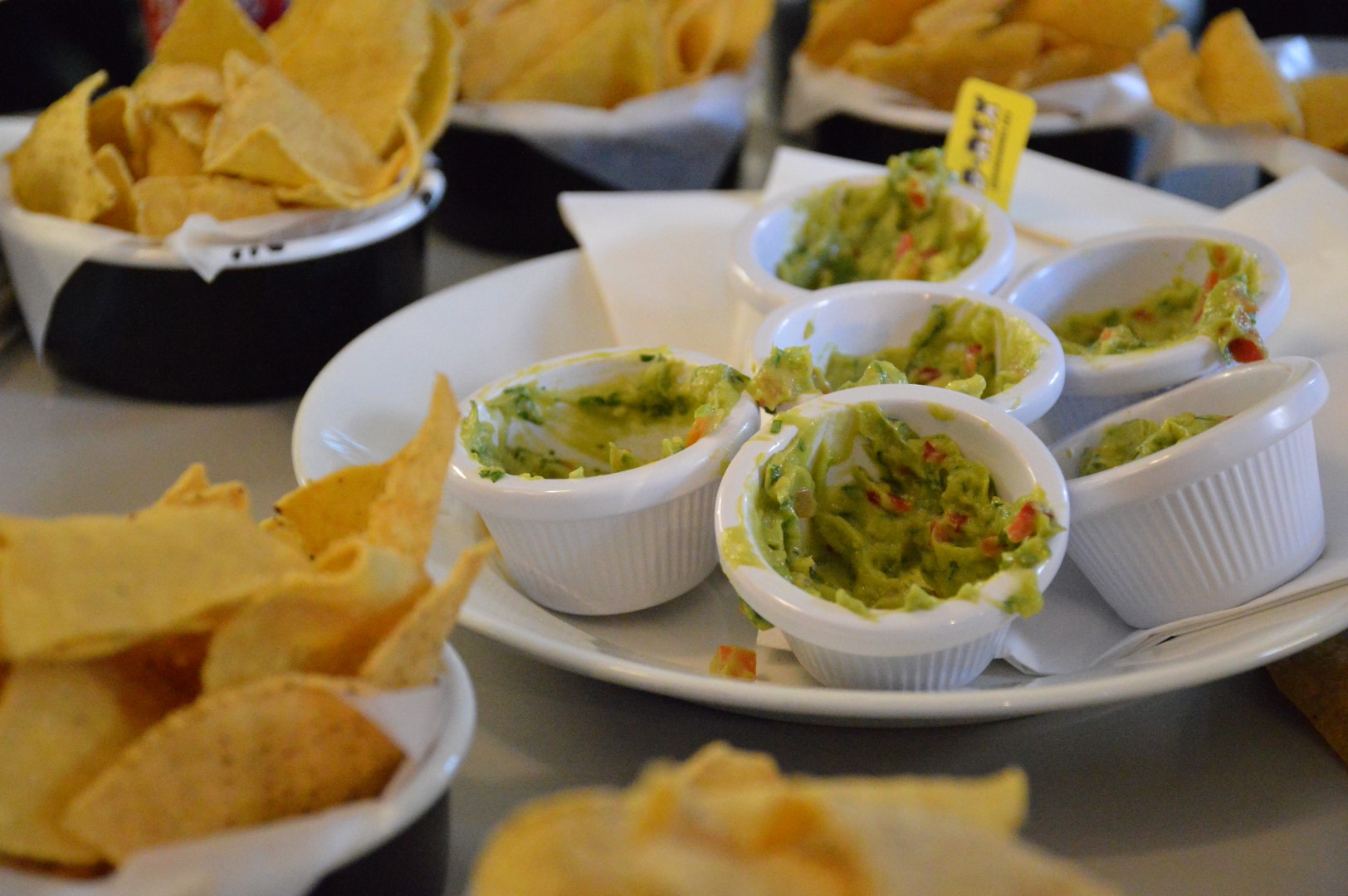 As you get bolder and learn more, it gently tests your skill by introducing more flavours, all whilst giving clear instructions on how to replicate the masterpiece on the page.

All of the recipes are written well, you know exactly what you need and can prepare everything before cooking.

Vegetarians are fully catered for, and, importantly for me, the recipes are easy to adapt into an allergy friendly version.

And then there’s the photography – beautifully shot images that make you want to dive into the page to take a bite! Check out the Byronissimo on page 43, food photography on another level! 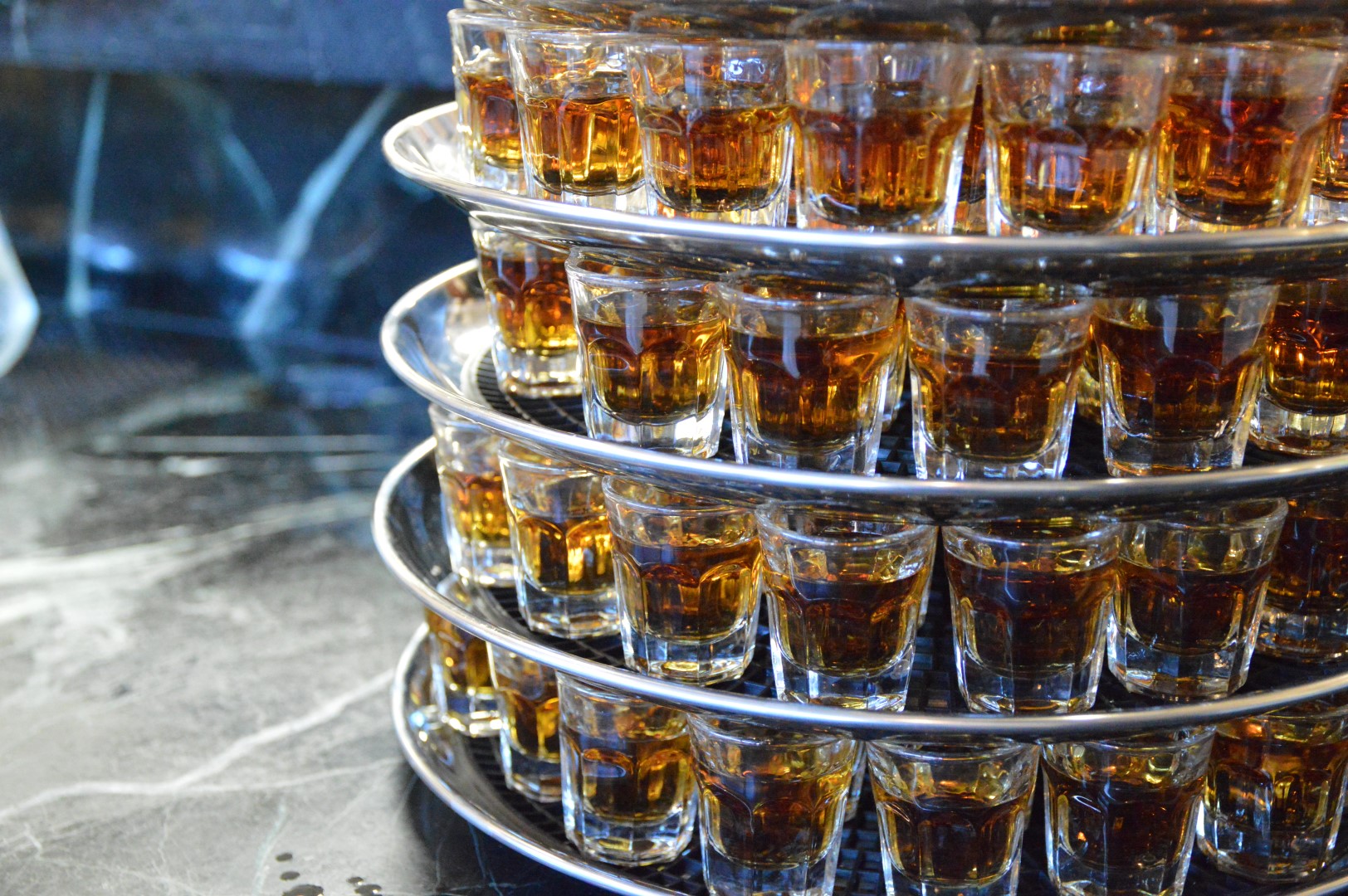 Thanks to my lovely publicist Kate, I was invited along to the launch a couple of weeks ago. It was a real privilege to be there, and witness first-hand how much of a team effort it has taken for this cookbook to arrive on our shelves.

From the moment I walked into the venue (Byron’s in Bethnal Green) there was a real buzz in the air. Excited voices exclaiming in awe at the stunning and tasty food that was being made fresh by the in-house team.

The smell of the food was divine, and I struggled to take photos as it was being gobbled up quicker than the chefs could keep up with. 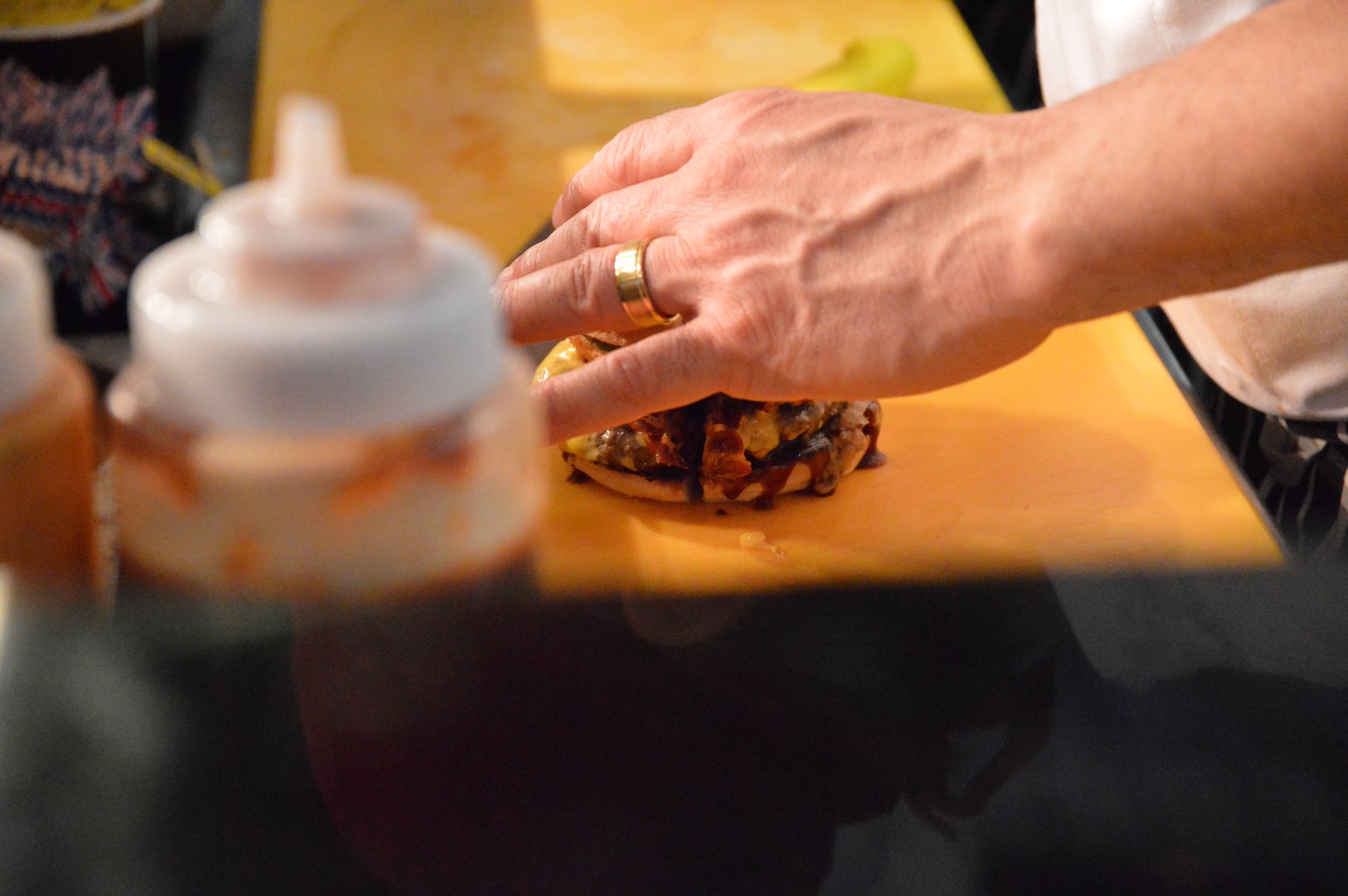 There was a mix of journalists, the publishing team, publicists, Byron team members, friends, family and more, and they were all there to celebrate in the wonderful achievement of Byron – The Cookbook.

It was humbling to see how much the book meant to the creators, and I hope one day to be in the fortunate position of hosting my own book launch.

An additional point to note, every single member of staff that was working for the event appeared totally on the ball. 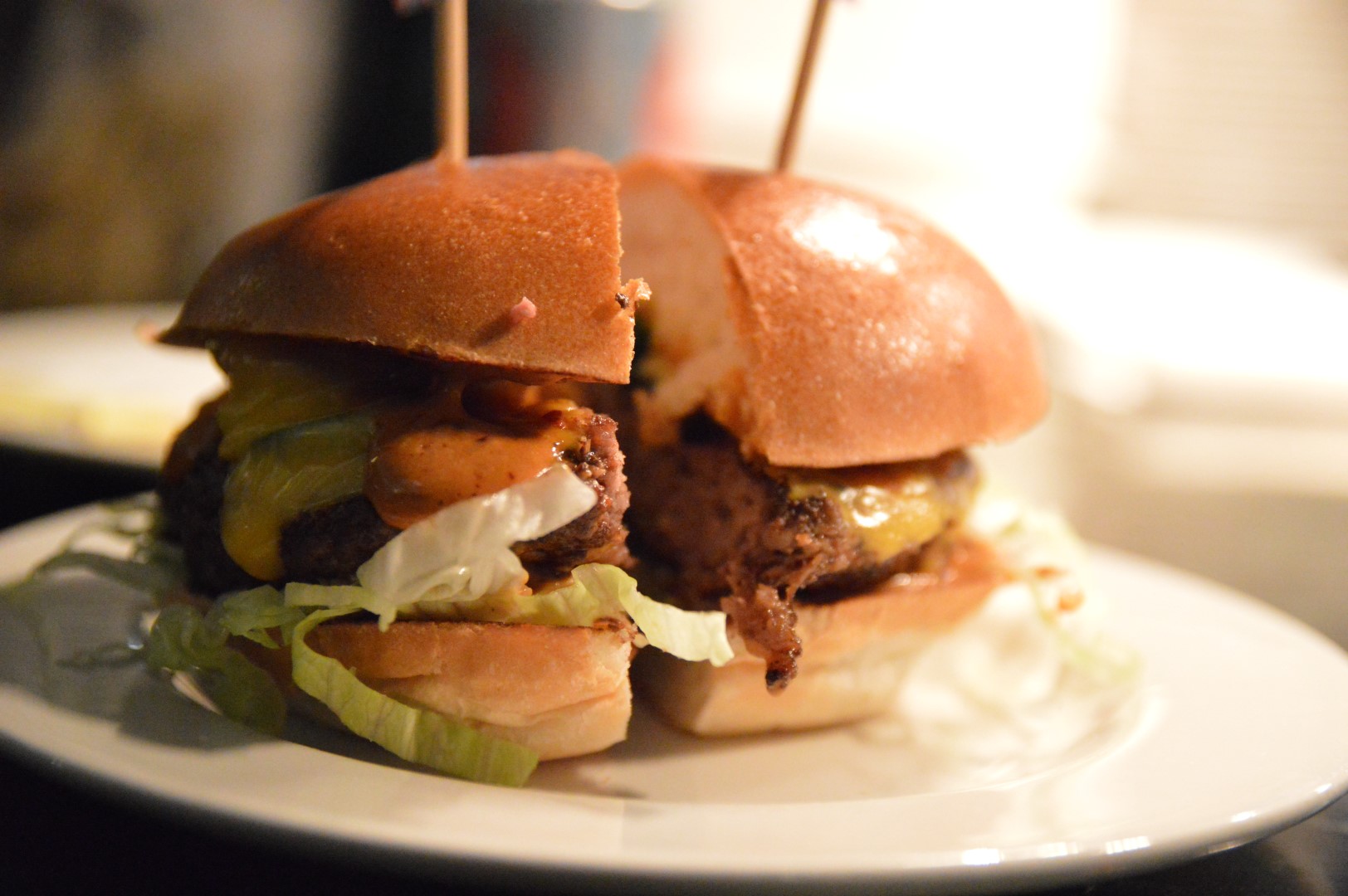 I have a background in pubs and restaurants way back when, and we always had it drilled into us to be aware at all times of any customers needing something and to almost pre-empt requests. It’s a good way to work, and adapts to most work situations.

So, back to this event, all of the waiters, waitresses, managers, chefs and so on were on the ball. And I mean, really on the ball. They were watching absolutely everything. Topping up glasses, food trays and more, before anyone could even realise that they needed doing.

At one point a lovely waitress was handing round samples of the infamous B-Rex Burger – a true delight, but quite spicy thanks to their sauce. I politely declined, and when asked why by the people I was stood with, I quietly mentioned that spicy food doesn’t really agree with me so I tend to avoid it. 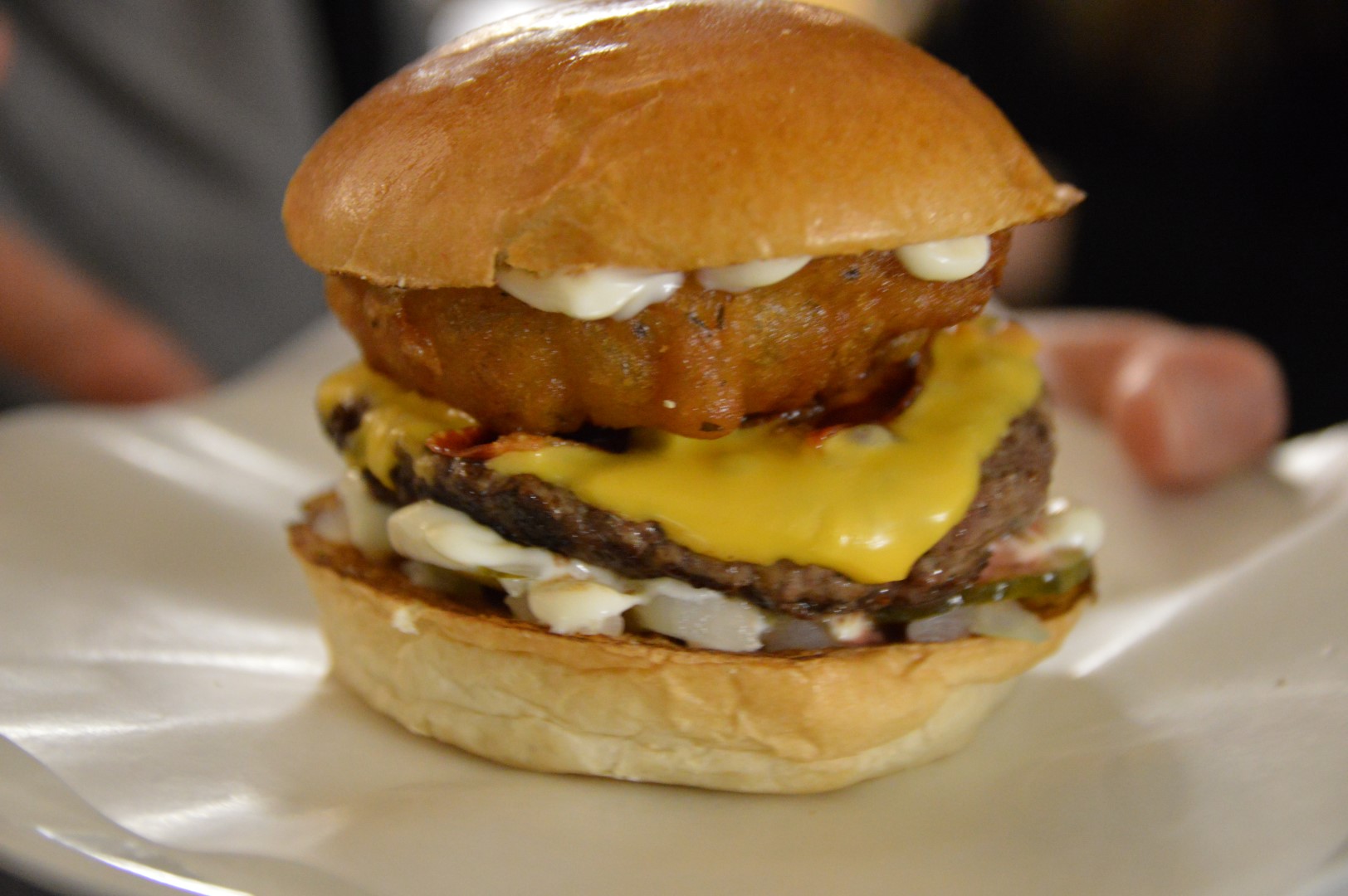 5 minutes later, the waitress was back, with a single hamburger on a plate…. Just for me!

She had heard me mention about the spice issue, and had got one of the chefs to make a non-spicy version just for me.

Now that is impressive!

I was with a lovely lady who is a vegetarian, and hadn’t had much other than the delicious guacamole all night as the burgers weren’t vegetarian friendly.

Service on a high scale indeed!

I have sung the praises of Byron before as you know, and I will continue to do so.

They are so on point when it comes to their customers, especially when dealing with allergies.

Now, they have this truly wonderful cookbook to add to their bow.

I urge you to go out and buy this book, especially with bbq season almost upon us, you won’t be disappointed! 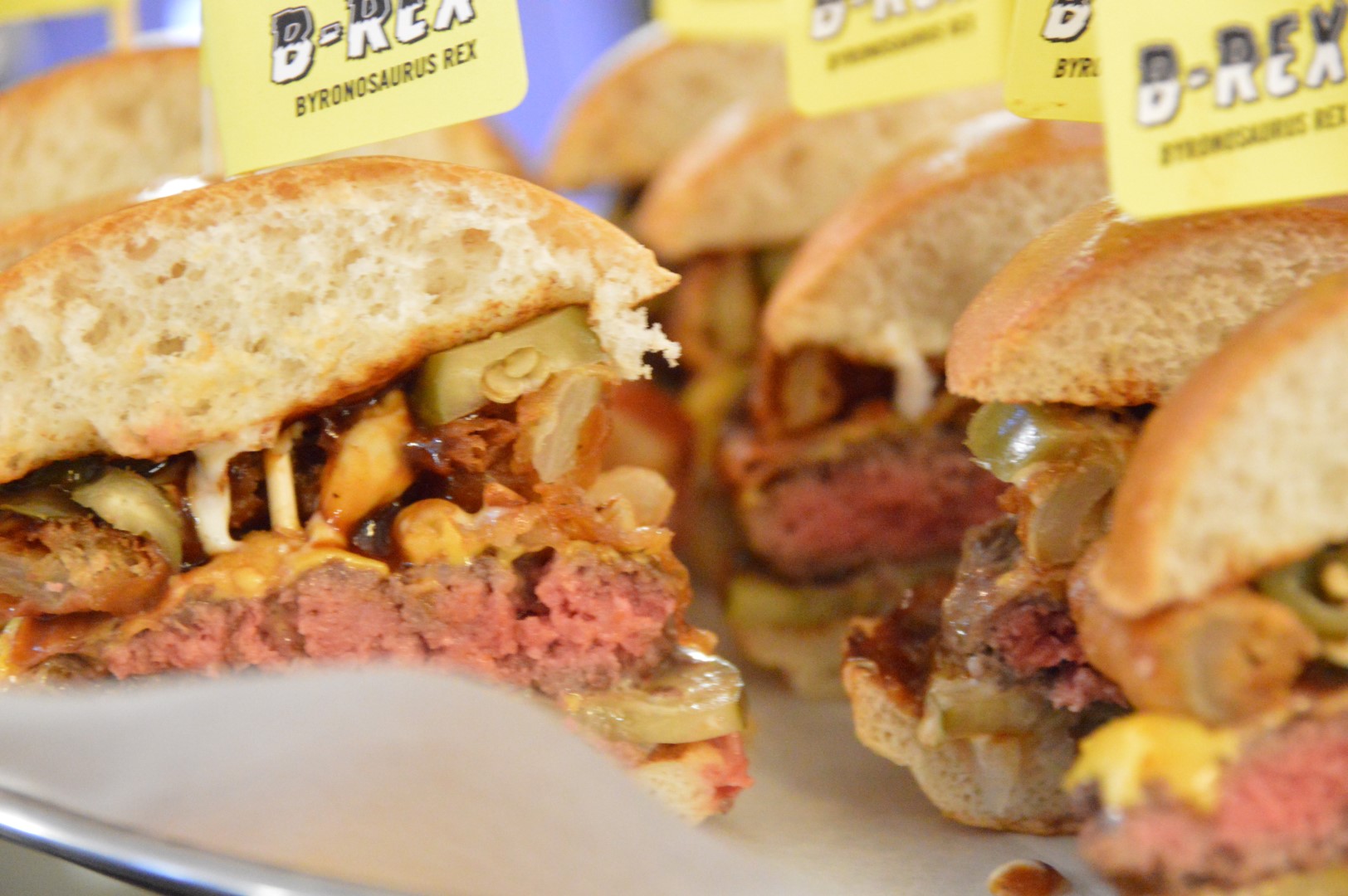 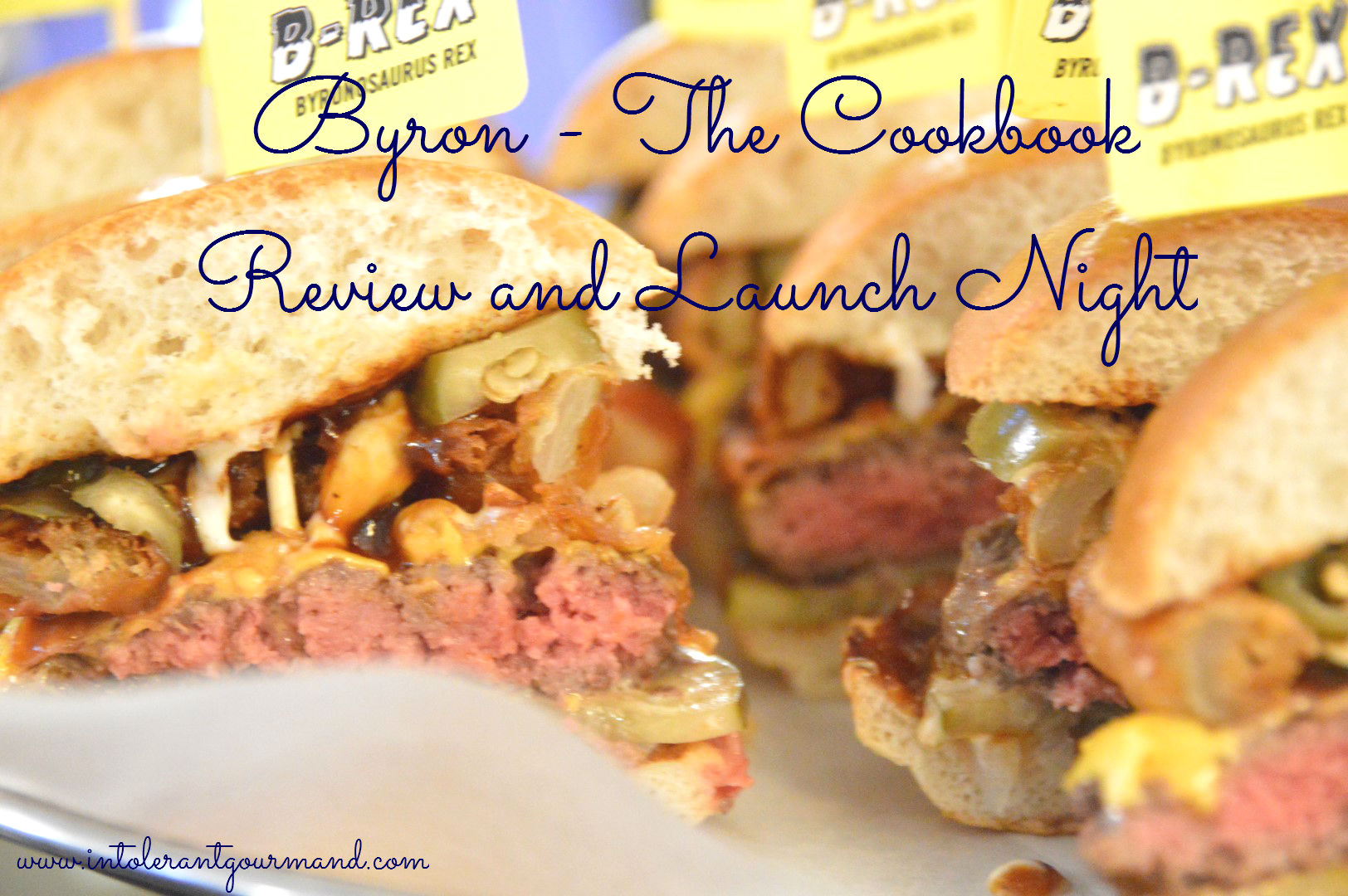