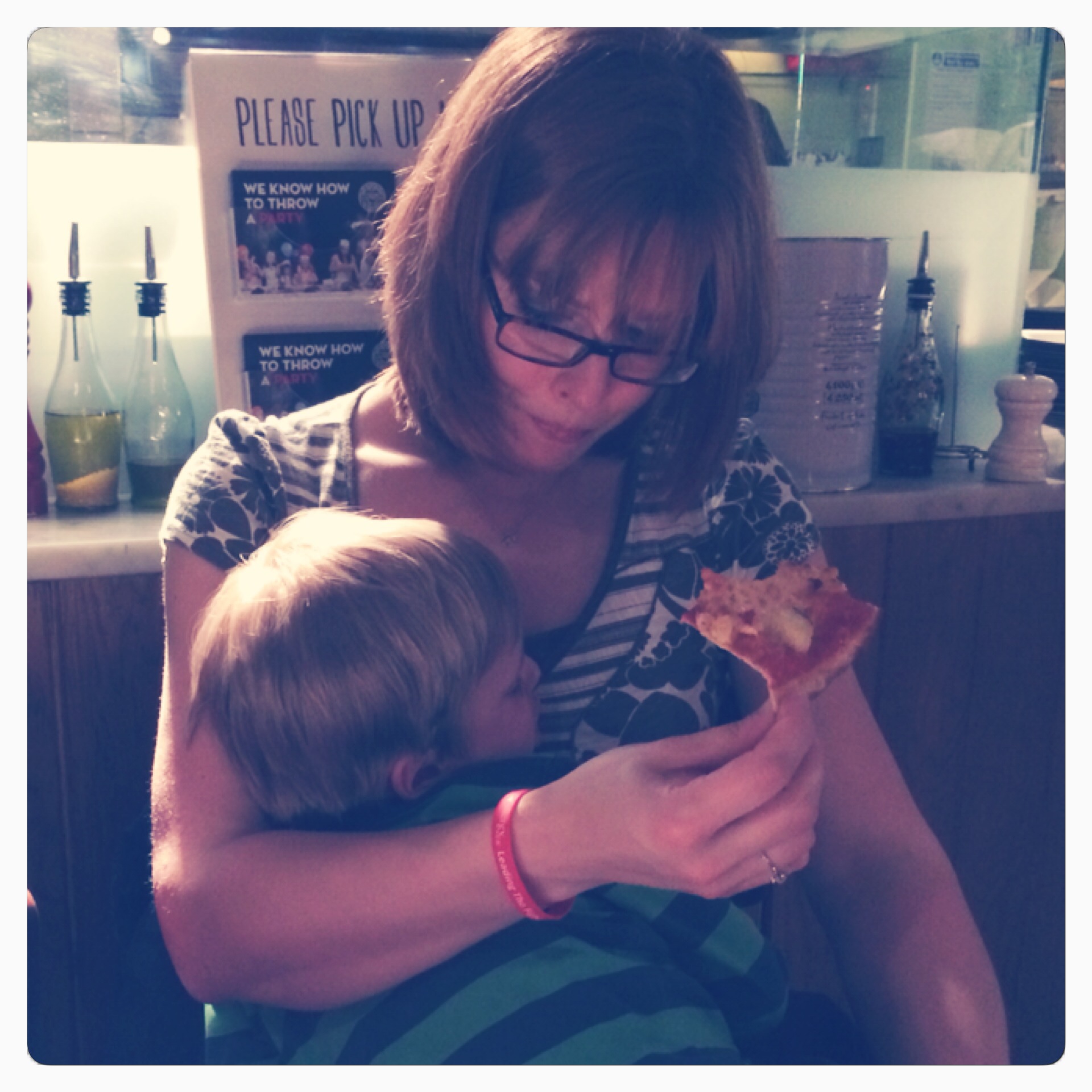 Yesterday, we had a lovely family day! We watched Wycombe Wonderers fight tooth and nail to win their match at Wembley - they really deserved to win!!

We then went out for dinner to Pizza Express, a firm favourite of ours as they are so clued up when it comes to allergies!

Sadly, our night out was cut short as Callum started to have a big reaction to a virus.

It totally wiped him out in under 2hrs!

He was in extreme pain, his stomach was giving him crippling cramps, his temperature shot up to 39.2, and he became sluggish and difficult to wake up.

The picture shows him slumped in my arms just 40 minutes after symptoms started.

I ended up leaving the family behind, while I got him checked over by the Out of Hours team at the local community hospital.

As always, they were truly fab with him!

Normally, in a bright, loud waiting room, a 3 yr old would be causing havoc!

Nope, Callum was alternating between falling into an exhausted uncomfortable sleep, waking up screaming 'ow' and then falling asleep again/passing out!

The consultant who checked him over diagnosed a nasty virus, which he was reacting to.

It was also causing his lymph glands to swell, which was the reason for his pain!

The two in his tummy had swelled to the size of lemons, the 2 in his groin had become the size of golf balls. And a similar thing was happening in his arm pits, under his chin, and behind his ears!

All of this because of a bloody virus!

I can't protect him from a virus like I can ingredients/ products!